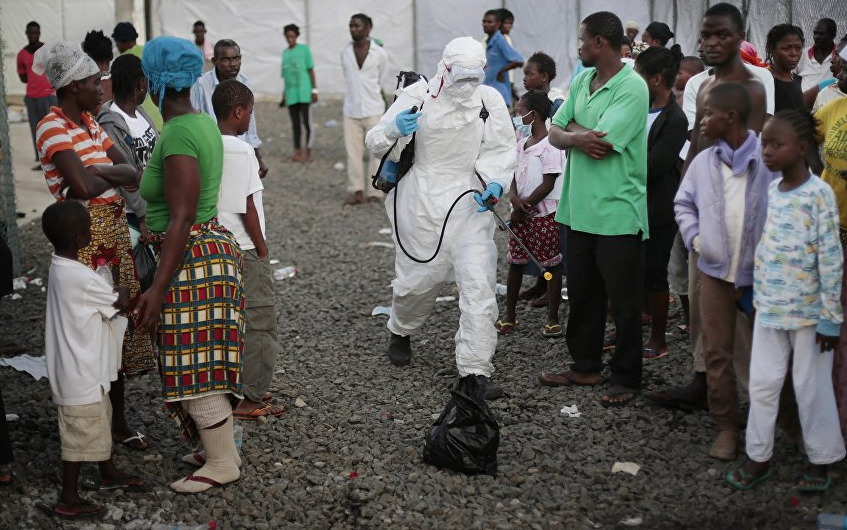 The Congolese government’s health ministry released an update as to its Ebola situation late Saturday evening, which is even scarier than the numbers released by the WHO on Friday (see our released coverage)

The number of confirmed deaths has jumped from 44 to 49 in two days whilst the number of probable infection contacts from 1,500 to a whopping 2,157. Given the precarious situation and the scarce health workers in the field, most local reporters admitted the true number is probably higher.

<blockquote class="twitter-tweet" data-lang="en"><p lang="en" dir="ltr">We face incredible challenges in preventing the further spread of Ebola in N. Kivu &amp; beyond. This video was taken inside in a clinic where 2 confirmed cases presented &amp; the nurse who treated them later contracted the disease. <a href="https://t.co/B3htv04Wci">pic.twitter.com/B3htv04Wci</a></p>&mdash; Dr. Joseph Fair (@curefinder) <a href="https://twitter.com/curefinder/status/1031104245142044673?ref_src=twsrc%5Etfw">August 19, 2018</a></blockquote>

Most of the deaths, 39, occurred in the agricultural village of Mangina some 20 miles southwest of the city of Beni.

The fact that the disease is spreading in a war-torn region where ADF rebels are fighting against the Congolese government makes it both difficult and dangerous for aid workers.

Ms. Pascaline Fitina, 36 years old, declared to reporters: “I fled here from Kokola, where the ADF were committing atrocities. I went to my elder sister, but she has died of Ebola and her husband is being quarantined at the treatment center. I don’t what to do.”

Three other Ebola deaths occurred in the neighboring province of Ituri.

Miss Elodie Zena, a 28-year-old sex worker operating in the region, declared: “business has dropped off as customers are afraid. I’ve heard that even the sweat of someone who is infected can contaminate us. I’ve got two children and I don’t how I can feed them.”

The last time Ebola had infection numbers in the thousands, was when it ended up killing some 11,300 people in the West African states of Guinea, Liberia and Sierra Leone in 2013-15. Back then, some of the infected aid workers reached Europe on their return but were able to be quarantined in hospitals.

Dr. Tedros Adhanom Ghebreyesus of the WHO, who has just returned from North Kivu declared: “I was worried before going there, I’m more worried now.”

—preventing the further spread of Ebola—

Hey doc: FUCK YOU! if several billion humans don't die SOON we will all die. the ebola virus is white man's friend.

Ebola-Chan is the only waifu worth having.

Let China clean up the mess. Don't send any help. Let them fucking die. Whites brought them technology, and moved them out of the jungles, brought them countless aid as they starved, and died of diseases; but almost all of the African countries are moving to alliance with China. Let them die.

They need to take a bunch of that virus and spread it to the South african government and their thugs who are committing genocide against whites!