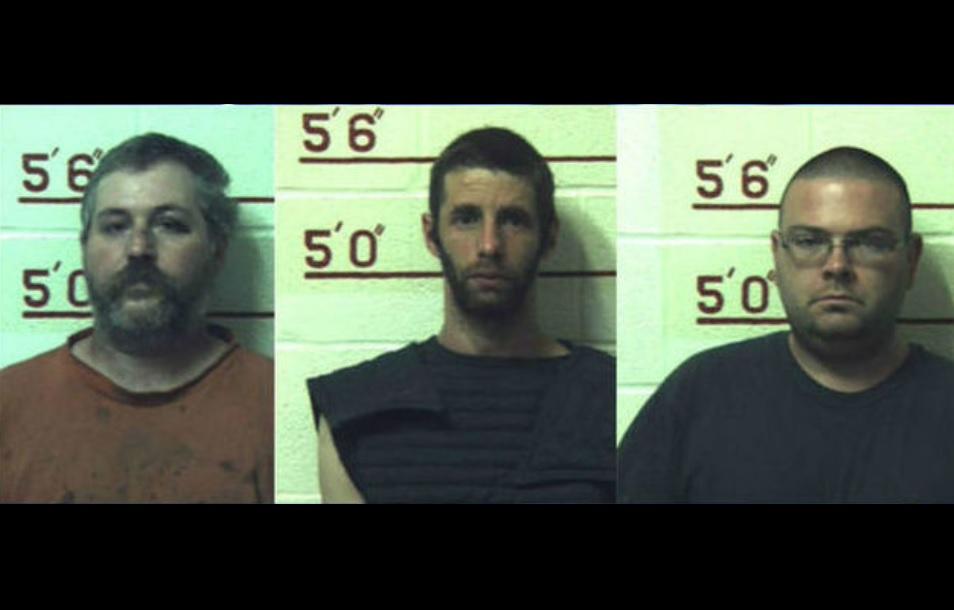 Three Pennsylvania men have been arrested for having sex with at least 12 animals over a four to five year period. The trio was conducting their bestiality sessions in Munson, Pennsylvania several times a week. The three suspects were identified as Matthew Brubaker, 31, Terry Wallace, 41, and Marc Measnikoff, 34.

The three men were living and having sex with at least nine female horses, a cow, a goat, and numerous dogs on their property on Mouse Lane, according to police. Police also said a teenage boy was also living on the property and was allegedly forced to help hold down the animals while the men had intercourse with them.

The Clearfield County SPCA has now taken care of the animals while the three animal rapists were jailed. The trio of sick-minded individuals has been charged with felony counts of endangering the welfare of a child, and corruption of a minor with relation to the teenager living on the property.

That isn't all prosecutors had for the three men, they also charged Munson, Brubaker, and Measnikoff with misdemeanors including 1,460 counts of sexual intercourse with an animal, and 1,460 counts of cruelty to animals. The men were jailed with a $100,000 bond and are set to appear in court Wednesday, August 22.

There is way to much cruelty to animals in the world. Lock all 3 of them up for life. They do not deserve to be around 2 or 4 legged animals. Disgusting.

Yet you support eating animals. Strange morality. You can kill & eat 'em, but ffs don't fuck 'em? Do you have the same opinion of women?

Hope they get their butt holes bleached 4 jail.