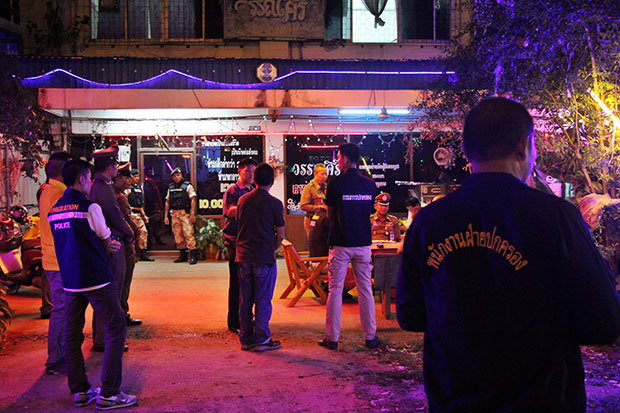 There is a trend growing in Thailand that is alarming officials- that of suspects in human trafficking cases getting younger and younger to the point that teens are trafficking fellow teens.

A 19-year-old female who allegedly procured a 15-year-old girl to provide sexual services for a drug network in Roi Et has been caught in a police sting operation on Wednesday.

The sting operation was carried out at a motel in Muang district where agents met the suspect, who was accompanied by the underage girl. Officers arrested the 19-year-old girl after she received money as supposed payment from the secret agents.

The teen suspect confessed to some horrific information and details on her operations including that a drug network had asked her to procure 15-year-old girls in exchange for money or speed pills. She said that when she chose the money, she also spent it on drugs and hanging around with friends. She also admitted to the police that she had already arranged sexual transactions on three occasions.

The 19-year-old suspect was charged with human trafficking and luring an underage girl into prostitution.

The 15-year-old victim on the other hand, admitted to the police that she decided to work as a prostitute after her father was arrested on a drug charge. She said that while her mother who works in Pattaya sends her money, the amount is never enough for her to live on.

Related Coverage: <a href=”https://thegoldwater.com/news/19624-Diplomatic-Row-Over-Gambia-Minister-We-are-not-a-sex-destination-Go-To-Thailand”> Diplomatic Row Over Gambia Minister We are not a sex destination Go To Thailand</a>

She also told police that most of her customers were members of a drug network and her father's "friends.” Some of them even horrifically forced her to take speed pills before having sex.

Then in June this year, a 17-year-old girl was also nabbed for providing an Indian tourist in Pattaya with a 14-year-old girl to have sex with him.

There is also the case of a teenage boy who allegedly procures senior high school students for six customers in Nakhon Sawan.

Pol Lt Col Detchat Munnami, deputy chief of investigation for Provincial Police Region 4, said the Roi Et arrest was the product of a crackdown on drug gangs. He said their investigations revealed the alarming reality that girls had been victimized by their own parents. He also shared their shocking finding that some parents had even raped their children and trafficked them for sex in exchange for methamphetamine pills.

What did you expect from the world's biggest whorehouse?

And Thailand gets offended when it is called by other countries and leaders as sex tourism capital of the world? Thailand is beautiful, it should stop all these.