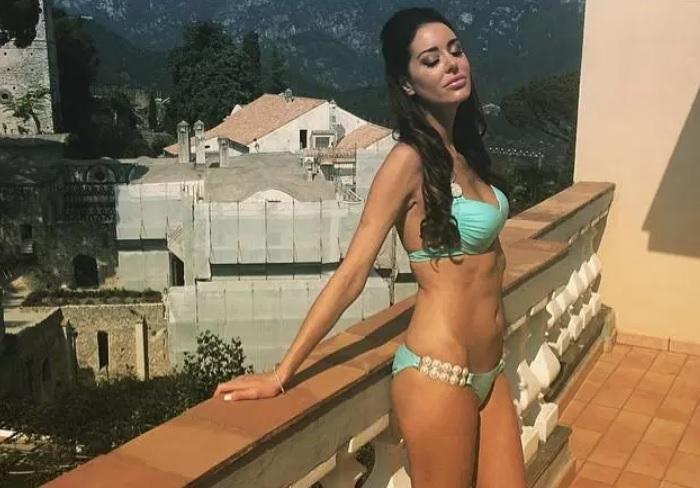 A woman who was once a Playboy model was found dead in her condominium in Philadelphia. Christina Carlin-Kraft was found strangled to death just days after she reported a robbery. Police officials were conducting a welfare check Wednesday when they found Christina deceased in Ardmore, Pennsylvania.

Police told neighbors that there was no cause for concern.

Related coverage: <a href="https://thegoldwater.com/news/26499-Former-Playboy-Model-Jumps-To-Her-Death-With-7-Year-Old-Son-In-Her-Arms">Former Playboy Model Jumps To Her Death With 7-Year-Old Son In Her Arms</a>

Kevin R Steele, the Montgomery County district attorney, said in a statement "There does not appear to be any current concern for residents in the area." Michael McGrath, the Lower Marion Township Police Superintendent cosigned the statement announcing the homicide investigation.

Christina's Model Mayhem profile lists New York as her home and had modeled for Vanity Fair, Victoria's Secret, Playboy, Maxim, and QVC. Christina wrote on her profile, "I really do enjoy photo shoots for swimwear and tasteful lingerie." A relative said of the deceased model, "She was just a good person. And our family misses her dearly. This is just completely unexpected."

Related coverage: <a href="https://thegoldwater.com/news/34863-Ben-Affleck-To-Rehab-After-Week-Of-Partying-With-Playboy-Model-Video">Ben Affleck To Rehab After Week Of Partying With Playboy Model (Video)</a>

The relative revealed Christiana felt self after moving to the neighborhood and never dreamed anything like this could happen. "We never thought this could happen," the relative said. Christiania is originally from New Jersey where she worked as an interior designer before her model career took off.

The condo where she was staying at the time of her death is to belong to Christina's boyfriend. No suspects have been arrested in connection to the murder so far.