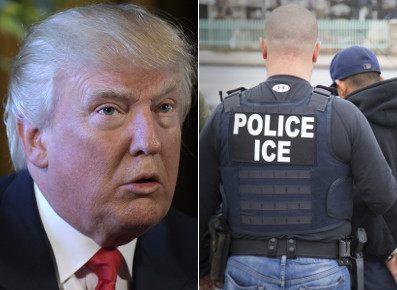 The United States Customs and Border Protection Agency operating near El Paso, Texas, has announced the arrests of several dangerous, and previously deported, federal criminal illegal aliens. CBP Agents say the illegals have previous criminal histories, including one being a pedophile who sexually assaulted a minor in an atrocious case of pedophilia and forced rape in Chicago, and another being a murderer from Houston.

On Saturday, Customs and Border Protection Agents who were undergoing routine operations along Bridge of the Americas spotted groups of illegal aliens who successfully attempted to cross into the United States of America illegally on several occasions, prompting the arrest of what they would discover each time to be dangerous threats to our civilization as a whole.

The first arrest occurred when Agents with the Customs and Border Protection were able to track the men to their exact location and proceed to make an arrest, only for one of those men to attempt to flee westbound from the responding Agents.

In a matter of minutes, the brave men and women of the United States of America's Customs and Border Protection were able to subdue the would-be illegal alien, but they had no idea how significant that arrest would be.

As Agents ran queries on them through national immigration and criminal databases, and it was determined that one of the men,41-year-old Magdaleno Elizalde-Alonso, of Mexico, was in the database as a previously convicted criminal alien.

After being brought to the Paso Del Norte Texas Processing Center, where his fingerprints and biometric data was added to the several criminal and immigration databases used by local, state, and federal law enforcement to help monitor dangerous foreign criminals

Agents learned that Magdaleno Elizalde-Alonso was arrested by the Chicago Police Department in November, of 1998, and had been convicted of several charges related to the forced rape and molestation of a tiny child.

Those charges included the “Aggravated Criminal Sexual Assault,” and the “Predatory Criminal Sexual Assault of a Child,” both of which occurred in Chicago, Illinois. Those prior convictions led to a six-year imprisonment term for the pedophile illegal alien and his eventual deportation back to Mexico upon his release.

This previous and unforgivable atrocity against a child resulted in Magdaleno Elizalde-Alonso being delivered to the El Paso County Detention Facility. He will remain in custody there pending a new potential sentence of 20-years in prison if and when convicted or the criminal prosecution for illegal re-entry, and a reinstatement of a prior order-of-removal case.

This monstrosity wouldn't be the only stunning arrest by Customs and Border Protection authorities in a single day. They also found a second man, with who committed crimes of an unforgivable nature against American citizens.

As the Customs and Border Protection watched their cameras at the Bridge of the Americas they saw three people, each of whom they believed to be illegal aliens, run across the bridge into Chamizal Park, prompting their tracking by responding Agents.

Fortunately, the Border Patrol Agents have a backup plan for quickly subduing illegals in the maze-like park, which has an extensive video surveillance system in place. That made tracking the suspects easy to locate and capture with a response team.

Just as one of the Agents began his initial approach of the men, the three suspects then began to run, eluding the foot pursuit to capture them.

Upon the moment of detaining two of the men, the third could be seen on film leaving the United States, where he had escaped the clutches of the Border Patrol Agents, making it back to Juarez, Mexico.

The two in custody were then taken to the nearby Paso Del Norte Texas Processing Center where Agents began to perform a nationwide background check on the men, discovering that one of the two had a criminal history.

42-year-old Jose Santos Diaz-Hernandez, who originally hails from the nation of El Salvador, had been arrested in Houston in 2002 for homicide. Diaz-Hernandez served seven years of a 10-year prison sentence and then faced deportation back in 2008, according to his conviction records.

Due to the previous criminal history of murder, and being deported prior, Jose Santos Diaz-Hernandez will face the newest and greatest means of ensuring an illegal alien won't return to this nation: by charging him with “Reinstatement of Prior Order of Removal”, where he can face up to 20-years in prison, and he was then booked into the El Paso County Detention Facility.

The United States continues its zero-policy rulings in relation to allowing federal criminal illegal aliens to violate our nation's immigration laws when seeking entry into the country. This case is a prime example of why the logic behind Attorney General Jeff Sessions is sound - deciding to charge most, if not all previously deported federal criminal illegal aliens with “illegal re-entry.” The crime is punishable by 20-years in federal prison.

The liberal media, and the efforts of the radical Communists of the Democratic Party, all financed, owned, or operated by globalist billionaires; continues to spew lies and mislead the general public about the criminal aspect of the illegal aliens who are being arrested under Trump's crackdown. They even go as far as suggesting that the 45th President of the United States of America is illegally apprehending children, a gross mischaracterization of the truth. Children are, in fact, taken from child-sex and human traffickers at the border, who are not their parents, to protect them. One must also consider the detainment policy that has been in place under the Obama Regime long before Trump took over.

It's all they can do, with the media being a mouthpiece of propaganda for the globalist entities who fear President Trump's eventual border wall will make their goals of open borders and the $150 billion dollars a year black market human trafficking operation see enormous losses as a result.

“This most recent arrest demonstrates the importance of securing our nation’s borders in the interest of ridding the country of undesirable criminal aliens,” U.S. Border Patrol officials said in a news release.

What is most frustrating for these brave men and women of the United States of America's Customs and Border Protection, as well as the Immigration and Customs Enforcement, and Homeland Security Investigations agencies, is the fact that their Mexican counterparts and the Government of Mexico refusing to assist when an illegal has crossed back beyond the lines of the nation.

This is in part why the Trump Administration has demanded that Mexico come to the table in negotiations for NAFTA, the North American Free Trade Agreement, in order to use the deal as a bartering chip for future immigration assistance and recognition as well as respect or United States law.

In Juarez, Mexico, and most close-proximity border crossings, the Customs and Border Protection cannot receive any assistance from their Mexican counterparts or help with their detainment of the man, due to the inability of the Mexican government to cooperate with American officials.

Despite this being already infuriating enough, it certainly seems as if the Mexican government should be held accountable for the deaths or assaults on Americans by these types of illegal aliens, but that thus far has not occurred, although Trump may end this senseless ignorance.

If you do not follow rule and policy under the law in entering a country, you not only violate those nations sovereign rule of law, but you slap those who immigrate <i>legally</i> in the face.

We must have a border, because as President Trump says, “A nation without a border is not a country.”

You can also contact ICE via the Operation Predator application for mobile devices. ICE has created a smartphone app – the first of its kind in U.S. federal law enforcement – designed to seek the public's help with posting and arresting foreign fugitives and eventually deporting criminal illegal aliens.

Contact your elected Representatives and Senators within Congress and demand they build the wall President Trump has proposed which requires $25 billion to be built.

Kill them all then wend their bodies back

If a Democrat reads that well-documented article and still claims “it’s a lie” Abolish ICE !, this is my question to them, What if it’s NOT a lie??

Where will you be then?

We really need a big ass wall and we need to make it electric or something that will make them not even come near it! If it wasn't for the children I'd say put up those machine guns like in the movie aliens! They would quit trying real quick after that!

Why should we half to pay for these animals that rape children and commit murder to live in a prison for 20 years? These evil scumbags deserve death and that should be the law for any pedophile or murderer. What's 20 years going to do but make them twice as bad when they get out? Why should we half to house, feed, provide free medical and dental, libraries, cable tv. It's like they get to go on vacation and not pay for any of it. They should at the very least get hard labor and pedophiles castrated!