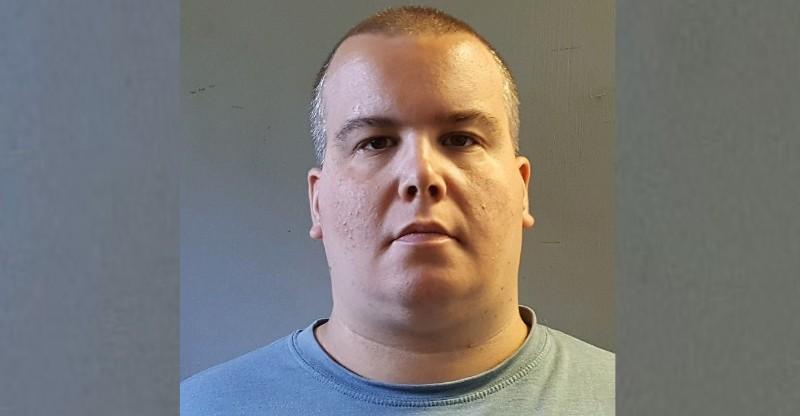 There's a disturbing case of deranged pedophilia coming out of the New York and New Jersey areas, where a deranged perpetrator was arrested and charged for the possession of more than 2,400 images and videos of prepubescent child pornography, and law enforcement says that the man responsible is a previously convicted child sex offender who should have never been released to re-offend in the first place.

The perpetrator, 27-year-old Corey Barraclough went as far as stalking the girls as young as 10-years-old, and up to 16-years-old, according to the Bergen County Prosecutor's Office, who began investigating the pedophile after a tip from the National Center for Missing and Exploited Children had been sent to law enforcement over the last year.

After further investigation, the Prosecutor's Cyber Crime unit uncovered several instances of Barraclough having both viewed, downloaded, and eventually distributing the sexually explicit images and videos of prepubescent young girls online, including several instances of the pedophile engaging in the stalking of 10 to 16-year-old girls on very social media platforms in an effort to identify and locate the girls off the internet.

"In addition, the investigation revealed that Barraclough was chatting online with minor females believed to be between the ages of 10 and 16," the Prosecutor's office said in a statement.

As law enforcement began to look into the criminal history of Barraclough, they would find that in<a href="https://www.nj.com/bergen/index.ssf/2014/10/northvale_man_24_accused_of_child_porn_possession.html"> 2014 the Bergen County Prosecutor's Office had previously brought similar child pornography charges against Barraclough, </a>where in that case, he was arrested after he was caught in the possession of child pornographic materials involving prepubescent children.

“After a subsequent search of electronic devices belonging to Barraclough, numerous images of child pornography were discovered,” the prosecutor’s statement said in 2014. “In this case, the child pornography contained images of pre-pubescent children engaged in sexual acts.”

In that case, Barraclough was somehow able to avoid any time of incarceration, prolonging the court battle into 2017, where he pleaded guilty to five years of probation.

This infuriating miscarriage of justice places all children at risk, when you know and understand that every pedophile who is arrested for either sexually assaulting, molesting, or stalking children, or having been charged for the possession, distribution, or even production of child pornography will only be released into society and re-offend again at a later time.

We, as a nation, have to remove all bond privileges for anyone caught in the act of sexually assaulting, molesting, or stalking children, as well as those who are charged in any relation to child pornography and prevent them from ever being released into society.

Instead, we continue to watch as these perverted monsters are given a slap on the wrist by a broken court system who doesn't understand that <i>this is not a victimless crime</i>. Every child depicted in child pornographic images or videos were victims of sexual assaults or torture and had their innocence taken away forever in order to appease these monstrosities of pedophilia who would engage in such behaviors.

If Barraclough had been prevented from achieving freedom the first time, we would not be in the current situation with new charges against him, where he can endanger the safety of more children.

A search warrant would then be obtained for the residence of Corey Barraclough, at 418 East Avenue, Northvale, New Jersey; where Detectives then a served the search warrant and l began to seize computer equipment such as hard drives, laptops, SD cards, and other mobile devices, only to send them to the state crime lab.

The state crime lab wasted no time in showcasing that Barraclough was a vicious pedophile, having both the logs of his conversations with numerous children in the area and finding a stunning 2,400 images and videos of prepubescent children still on the devices belonging to the perpetrator.

Since Barraclough was chatting online with young girls believed to be between the ages of 10-years-old and 16-years-old, all who were in New York, a second aspect of the investigation is ongoing in conjunction with Detectives of the New York City Police Department, who themselves could bring brew charges against the pedophile.

Unfortunately, Barraclough wasn't home at the time of the raid, resulting in him then being considered as a wanted fugitive, eluding authorities for nearly a week with the <a href="http://www.recordonline.com/news/20180823/man-wanted-on-child-porn-charges-arrested-in-deerpark"> Times Herald-Record </a>reporting that Police said Barraclough was wanted in Bergen County, N.J., on charges of endangering the welfare of a child by sexual exploitation, and possession of child pornography, before the Deerpark Police Department finally located him.

Barraclough, who was found to be hiding out in the Port Jervis, New York-area, was well aware of the efforts to subdue and apprehend him, prior to his arrest.

Fortunately, law enforcement was able to track down and apprehended the dangerous pedophile, where he was arraigned in the Deerpark Town Court, and sent to the custody Orange County Jail without bail where he is now awaiting extradition proceedings back to Bergen County to face trial for his crimes against innocent children.

Acting Bergen County Prosecutor Dennis Calo announced the arrest of Corey W. Barraclough, born in October 5th of 1990, as being a single and unemployed male who resided at his residence on 418 East Avenue, Northvale, New Jersey; who was taken into custody on the charges of Possession Of Child Pornography, greater than 1,000 files and Distribution Of Child Pornography, greater than 1,000 files.

The Prosecutor's office says the victory for the community is the result of an investigation conducted by the Bergen County Prosecutor's Office under the direction of Chief Robert Anzilotti, with the cooperation of local law enforcement agencies.

If you know of any child who may have been a victim of sexual exploitation, please call the National Center for Missing or Exploited Children (NCMEC) at 1-800-THE-LOST (1-800-843-5678) or visit the<a href="https://www.missingkids.com”> NCMEC’s web site </a> where you can find assistance directly dependent upon the specific case you're interested in finding information for.

Cases such as that of Barraclough are the primary reason why we must demand either public execution or capital punishment, if not life imprisonment for the pedophiles who seek to harm children to prevent them from ever being free, and certainly preventing them from ever posting a bond when caught red-handed.

I urge the public to contact elected officials and demand such legislation be introduced nationwide protecting our children from this evil.

Knowing that there were multiple children who were contacted by Barraclough, there is a chance that the pedophile has preyed upon children in the past.

If you or anyone you know has any information surrounding Corey Barraclough or this case, you can contact the Bergen County Offices of Victim-Witness Advocacy at 201-646-2057 where they can direct you to the proper agencies dependent upon your location.

These damn scumbag prosecutors and judges who give these monsters probation instead of the life sentence or death sentence they deserve should be made to stand trial for aiding pedophiles and given extremely harsh sentences! It really does no good to just put these perverted creeps away for a couple years. We really need to start coming down extremely hard on these evil people. I say if their caught with pictures or molesting children they either get the death penalty or get life with castration! This is a plague on society and it needs to be completely wiped out and the only way to do that is to get rid of the scum pedophiles!

What a monster holy shit