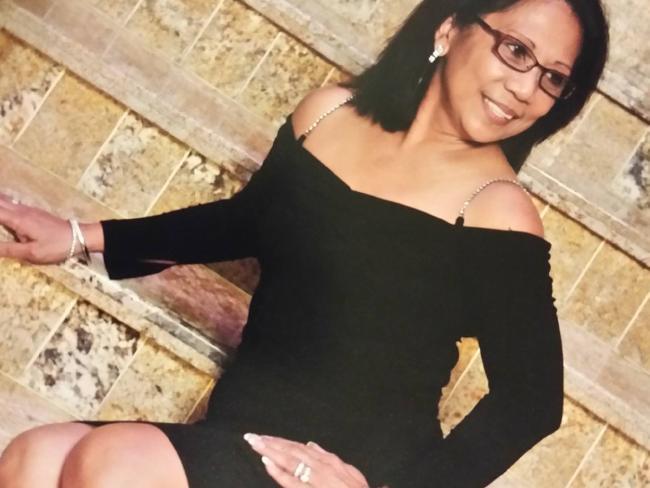 It's been nearly a year since the mass shooting in Las Vegas and it seems that as time passes we are left with more and more unanswered questions. Multiple timelines were offered within the first few days. YouTube videos showed that multiple hotels were on lockdown and a cab driver reported hearing shots at multiple hotels. Some witnesses claimed to see at least two shooters at multiple hotels.

There's that picture that is purported to be of several people including what <a href="https://imgur.com/z49eVFn">appears to be Paddock, Danley and Senator Leland Yee</a> who was arrested for his part in gunrunning to the Philippines (home country of Marilu Lourdes Danley).

Speaking of Danley, how about the fact that Paddock supposedly used her ID to pay for his room while she was out of the country. Somehow I find it difficult to believe that he could pass for a diminutive Filipina and, since they were not married, he shouldn't have been able to use her ID and/or credit or debit cards. Before she was "cleared" Newsweek even reported that she had used two separate Social Security numbers.

"At times, her identities merged: Marilou filed for bankruptcy in 2012, under the name Bustos, while she was still married to Danley and living with Paddock in Reno. Her lawyer during the bankruptcy has not yet responded to a request for comment. Marilou held multiple addresses, some simultaneously—in Arkansas, Tennessee, California, Florida and other states, and often moved through cities within those states." Newsweek mysteriously retracted the mention of Danley's double identity without explaining how or why they initially uncovered this info.

Paddock's BeenVerified report, by the way, shows that Paddock is supposedly an associate in some way of (fellow accountant) Geary Danley, Marilu's former husband as well as a former Lockheed employee. Lockheed is a military defense contractor and could have been an entry point for Paddock into black ops work. Traveling the world engaged in "high stakes gambling" is an excellent way to launder money raised illegally running guns.

After the shooting, Sheldon Adelson's high tech scanners were installed in the Wynn hotel (you know, the one Paddock's younger brother the community theater enthusiast oddly name-dropped in his now infamous "comped sushi" rant). Come to think of it, MGM (owners of the Mandalay Bay) CEO's wife is Heather Murren who was involved in "enhancing national cybersecurity" under the Obama administration. Her husband <a href="lasvegassun.com/news/2013/dec/19/obama-appoints-mgms-murren-national-council/">Jim Murren was part of Obama's National Infrastructure Advisory Council</a>.

There's also the fact that around the time the shooting occurred, the season finale of Rick and Morty had just premiered on television. <a href="https://www.inverse.com/article/37005-rick-and-morty-season-3-finale-rickchurian-mortydate">The episode "The Rickchurian Mortydate"</a> (a reference to the Manchurian Candidate a film about an MK-Ultra style mind controlled assassin) dealt with Rick and Morty deciding to stop doing the US president's dirty work. The result being, by the end of the episode, a bloody massacre.

Most recently, one of the most damning breadcrumbs of all has been dropped. YouTuber Flash Forward offered up the background check report from Intelius of Marilu Danley, Paddock's (apparent) girlfriend and (maybe) handler. Marilu evidently was at some time employed by the FBI or at least received checks from the Federal Bureau of Investigation.

This makes <a href="http://www.latimes.com/nation/la-na-vegas-shooting-warrants-20180112-story.html">her fingerprints on the weapons</a> even more suspect, not to mention that despite her fingerprints on the guns she's still not considered a person of interest. I may be going out on a limb here, but I think it's fairly safe to say that this won't be the last bombshell dropped related to this case and the more we learn the less we'll be certain of what really happened.

We will never know the whole truth.

Between the DC swampers, the media and liberal anti-gun nuts and right wing bloggers the truth no longer can exist.

It is now and will always be subject to rebuttal based on agendas.

Did Steven Paddock's motel room smelled like Polo cologne and if he had scares all over his back from being tortured ?

watch the videos. multiple shooters IN THE CROWD. cops cowering…. the Ellen interview was a disgrace. not a peep from him since.

Not to mention the Ellen show is owned by (dun Dun DUNNNN!) MGM.