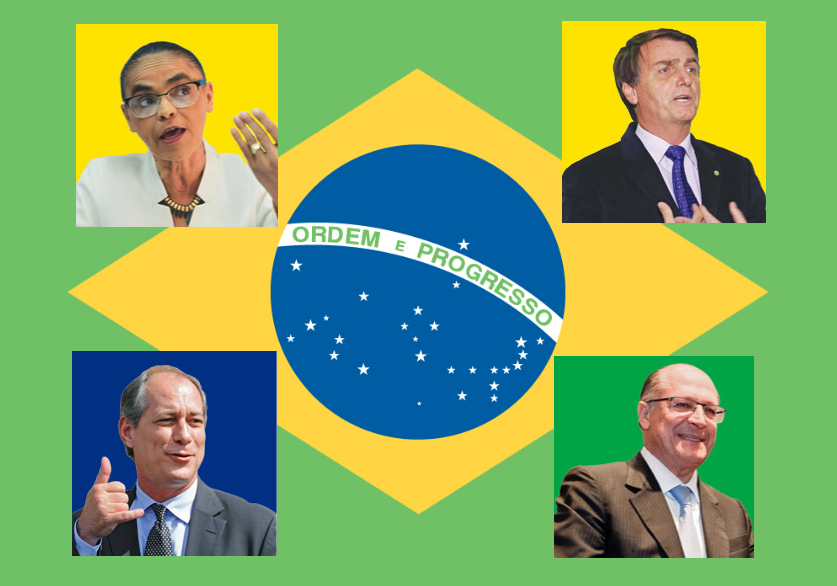 Jornal Nacional by Globo media, one of the most watched news program in Brazil, has announced the candidates it would be interviewing this week to present the Brazilian population with the presidential candidates for the 2018 election in October. Missing was former President Lula (or even his appointed replacement for the Workers’ Party, the former mayor of São Paulo Mr. Fernando Haddad).

Those who will be interviewed are Mr. Ciro Gomes (who represents the PDT), Mr. Jair Bolsonaro (PSL), Mr. Geraldo Alckmin (PSDB) and finally Ms. Marina Silva (Network). The order of the interviews was defined in a draw.

Mr. William Bonner and Ms. Renata Vasconcellos will host the interviews which will start at 8:30 pm. During their promotion video, Mr. Bonner states that a "well thought out vote" is the key to "building the Brazil you want".

Mr. Jair Bolsonaro, who will be interviewed tonight and currently leads the opinion polls was asked whether he would like to face a candidate of the Workers’ Party (PT) in an eventual second round.

The Brazilian presidential election is done in a two-round system comparable to France. The first round takes place on 7 October. If no candidate receives more than 50 percent of votes in the first round, the two leading candidates will proceed to a run-off on October 28.

Whilst visiting one of Rio de Janeiro's most popular markets, Mercadão de Madureira, in the suburb of the capital, Mr Bolsonaro, in his well-known style replied: "Facing Lula for what? I'm not going to Curitiba."

Taking a further swipe at the now imprisoned former President, Mr. Bolsonaro added: "And another thing, who runs organized crime out here? It's people from the CCP and CV inside the cell, and Lula commands the PT from within the chain. "

the title is fake news, as the data is fake, you cannot have lula as anything,

is in jail, is making this to get in history as a lie and the comunism is trying to get the power, but we are the resistance and BOLSONARO WILL MAKE BRAZIL GREAT AGAIN