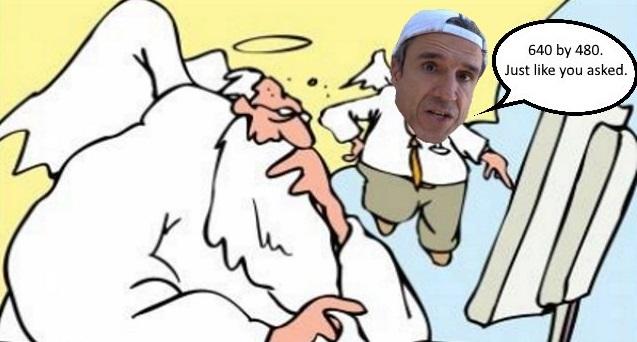 Imageboards are abuzz with supposed news regarding the death of Terry Davis, "God's Programmer" and the author of the TempleOS. If you're a channer and familiar with the term "glow in the darks" to describe CIA spooks, you're aware of Terry's influence on chanspeak already. The reports are unconfirmed currently, but a Terry Davis Facebook account that was "friends" with family members of his has now been "memorialized."

The Terry Davis account was apparently set up by user TheTemple at the TempleOS Discord where Terry and TempleOS acolytes often gathered. TheTemple says the account was created for him to contact Terry's family members. The account was connected to several members of his immediate family. According to user TempleOS he was logged out and the <a href="https://www.facebook.com/profile.php?id=100025903548224&lst=504468608%3A100025903548224%3A1535788054">account has since been "memorialized"</a> the top of the page reading "Remembering Terry A Davis." Some evidence for his apparent passing is Therese Davis' recently updated cover photo featuring a collage with Terry's photo and his mother who some are claiming also died recently.

Some rumors abounded that Terry was a victim of CIA's MK-Ultra mind control (hence his hatred of "glow in the dark CIA niggers" (and his repeated use of language that would make most people instantly discount anything else he says).

Close followers of The Goldwater may remember when we were covering Terry's stint "on the run" from police. Davis continued to livestream from his van through the whole ordeal. Jim Watkins, owner of 8chan, was responsible for setting up the YouCaring account set up to raise bail money.

Wikipedia has listed Terry as dead on the TempleOS page despite the edit history noting multiple instances of suspected vandalism. The claim that he is dead is tentatively attached to the TempleOS article with a "citation needed" warning. <a href="https://8ch.net/pol/res/12090115.html#12091989">Some anon at /pol/</a> are suspicious of the events and point out that there is no official obituary notice.

The evidence thus far offered primarily are screencaps from Therese Davis but since her page is set to private this information is not publicly available. According to the rumor he died either in a car crash or a hiking accident, possibly in Oregon.

Just yesterday a YouTube channel entitled The Temple announced: "Streams coming soon!" The account holder was "liking" comments 14 hours or more ago, but if he died August 30th this couldn't have been him. Users in the Discord chat are saying that this YouTube channel belongs to the same user who had set up a Terry Davis Facebook account, the same one that is now "memorialized."

There is a Terrence A. Davis middle named Allan (as opposed to the programmer, Terrance Andrew Davis) who just died in oregon who was in his 70's meanwhile a Terry Davis was also arrested in Wyoming. Both of these cases are unrelated dead ends that fans of Terry in the Discord chat and at 8chan have reported. As soon as there is more confirmed information an update on this story will be released.

Now the glowers are focusing on what happens Inside the country with Mr T on top, they can routinely clean up old garbage left behind.

I'll never forgive those glow in the dark niggers for taking Terry from us.

Terry is False Flagging his own death to avoid his arrest warrants in multiple counties.

thetemple account is the account that was steeling terrys money and pretended to be him on youube facebook and twitter. he gained terrys trust and terry gave him access to his paypal account. with the understanding that thetemple would pass the donations into terrys bank account but the temple was passing amounts to his own paypal as donations from terry.