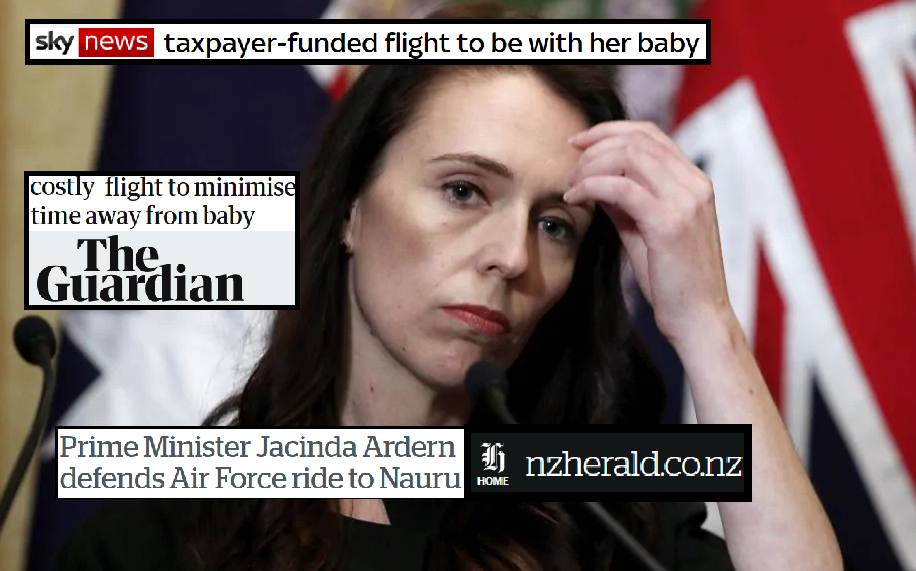 Ms. Jacinda Ardern, the progressive leftwing Prime Minister of New Zealand that many around the world see as an example of how the extreme left could be taking over well-developed economies and implement policies like universal health care and equal pay, finds herself in the midst of a scandal that has all the likes of capitalist corruption.

Ms. Ardern, who’s had her first child in June of this year (see our related coverage), has to attend the Pacific Islands Forum in Nauru for a day on Wednesday. The Air Force plane that dropped her deputy Mr. Winston Peters there on Monday is being sent back to New Zealand empty to pick her up.

Her critics, who point to striking nurses over salary freezes and falling real estate prices now that foreigners are no longer allowed to buy homes on the island nation, claim that the round trip will cost New Zealand taxpayers an estimated NZ$80,000 ($52,873).

Mr. Ardern, who still breastfeeds her young baby, says that the reason is that she didn’t want to spend too much time away from her child, stating: "I weighed this up. I even went to the extent of checking whether or not I could hitch a ride with Australia. We checked multiple options to try to find alternate ways for me to get there."

Social media was not so forgiving though. Comments included: “Ardern is going to have a plane do an extra return flight to an island endangered by rising water levels caused by CO2 emissions, so she reduces time away from her baby. I guess the nuclear-free moment isn't that important after all. Go on a flight with everyone else or don't go at all.”

So long as it doesn't effect her. She's special; So many Leftists are like that. Hypocritical horse mouthed cunt that she is.