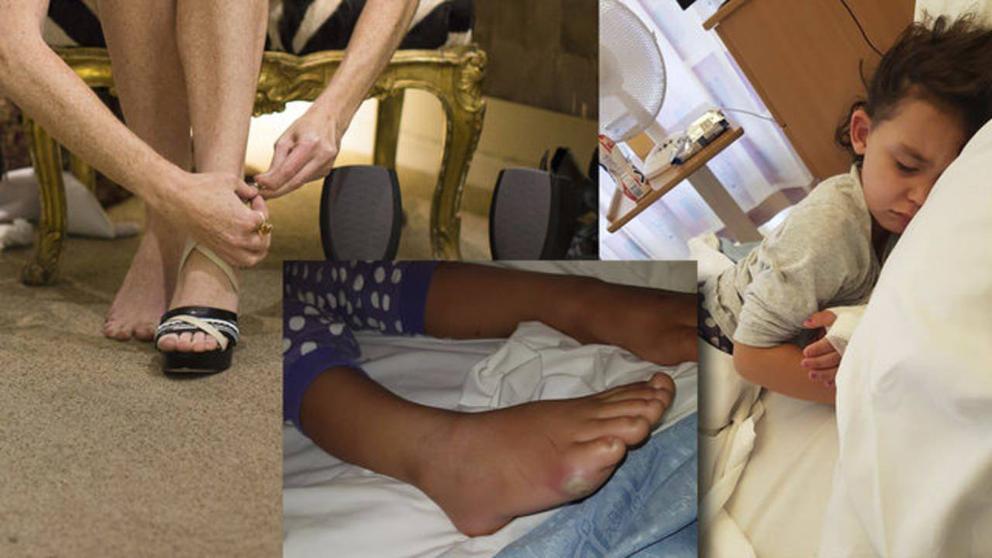 UK - Girl,4, Gets Serious Infection After Trying On Shoes in Shop Without Socks

Some people may not think much about trying on shoes when out shopping and take the dangers connected to it for granted- or they may not even know that such risks exist in the first place. What happened recently to a 4-year-old girl should serve as a strong warning to everyone to be more careful and avoid trying on shoes when shopping without socks on.

The 4-year-old girl from South Wales was hospitalized with a life-threatening infection contracted when she tried on shoes without socks.

As a result of the infection she contracted, Sienna Rasul spent five days in the hospital after getting sick only a day after she went shopping with her mother and trying on shoes with her bare feet.

The girl’s mother, Jodie Thomas, shared on social media that her daughter’s doctors said she was diagnosed with sepsis, which is said to occur when chemicals that fight infections cause inflammatory responses which can even result to shocking organ failure.

Sienna’s doctors thought they would need to operate on her. Thankfully they avoided surgery by draining the infection from her daughter's leg.

Thomas also posted photos of her daughter, including her infected feet, and asked apologies for sharing such “gross pictures.”

The mom said she endured a lot of worries when her daughter started to “cry in agony” and had a high temperature. She said: “The shoes she liked had been tried on by other little girls, and that’s how Sienna picked up the infection.”

Thomas also warned parents about the risk of potential blood poisoning that could happen when trying on shoes without socks. She said in a Facebook post: "You don't don't know [whose] feet have been in them beforehand!! Sienna has had one hell of an outing and thankfully and touch wood made a full recovery! Who would thought of trying new shoes on could make someone so ill? So with back to school shopping under way, carry a pair of spare socks!"