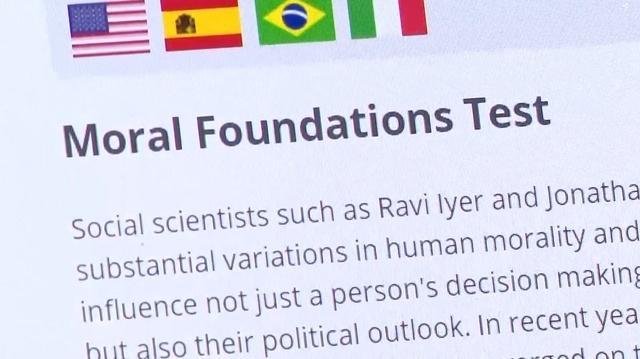 Parents got upset with an online activity a teacher assigned her students in a school in Hillard, Ohio regarding a “Moral Foundations Test.” Some parents strongly disagreed with the activity, and as a result of their protests and reactions, the concerned teacher who gave the online quiz has been placed on administrative leave.

The Hilliard Bradley school district admitted on Thursday that the said contentious activity “should never have taken place.”

The free quiz was used to establish the moral or political leaning of students and includes 36 questions. Certain scenarios were given and quiz takers are asked to choose from a series of “thumbs up” or “thumbs down” to describe how okay is each situation to them.

Some of the questions are harmless and inoffensive enough like “Man sets up an unlicensed medical practice, but makes all of his customers sign a contract acknowledging that he is not a licensed physician.”

Others are outrageously upsetting to parents and should not be asked of children. One of the scenarios posed suggested the taboo topic of incest:

“Using both a condom and a pill, a brother and a sister decide they want to sleep with each other- just once, to see what it would be like.”

Another suggests animal cruelty with the scenario:

“Sarah’s dog has four puppies. She can only find a home for two of them, so she kills the other two with a stone to the head.”

And yet another on sex dolls with the scenario: “A man orders a custom-built sex doll designed to look just like his niece.”

It is no wonder then that the parents got upset, apparently the question on incest really caught their ire.

Parent Ellen Mrochek said: “Oh, my gosh!OK– OK! No! I would absolutely not let my college son… that’s no!”

Todd Sandberg, the father of a 10th-grader who was given the test said that he may concede that the questions might be appropriate in a college-level philosophy class, but not to 15-year-olds in a Language Arts Class.

The district is already conducting an internal investigation into the matter. They also released a statement describing the activity an “isolated case.” They also added: “We absolutely share the outrage of our parents and community.”

WTF? This asshole's license to teach should be permanently revoked and prosecution should follow. This scum should be given the most menial existence and kept from any and all children or weak minded adults