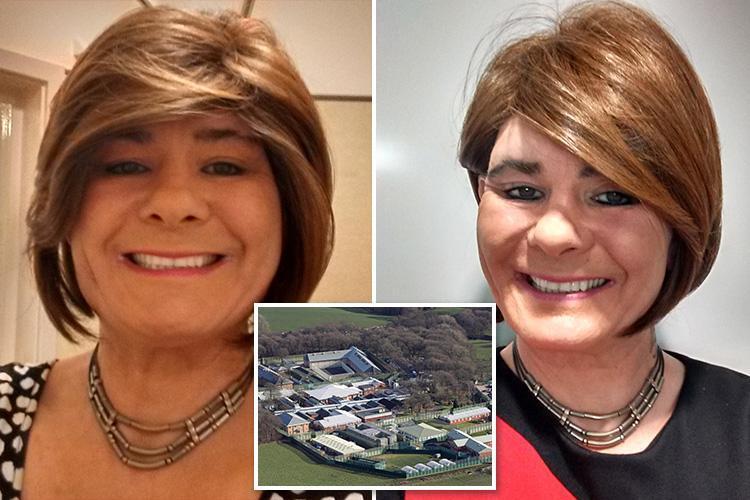 It seems somewhat like a no-brainer but apparently the idea that putting a rapist brandishing a penis in a women's prison would be a bad idea. As England's The Spectator points out, it seems at first like a hypothetical gone far wrong:

"If you were deciding where to house a convicted sex offender accused of repeatedly raping a woman, where’s the last place on earth you would put that person? How about a building full of vulnerable women, many of whom had previously suffered sexual assault and abuse? A building locked and secured so that those women could not get out and could not get away from that convicted sex offender?

Yes, that's right, this was allowed to happen. Convicted pedophile Karen White, born Stephen Wood, was in the process of medically transitioning but apparently was still anatomically male when she was sentenced to prison. White had committed rape in 2003 and twice more in 2016 before that White had been imprisoned for a year and a half relating to an act of "gross indecency with a child." That first prison stint was in a male institution but since she "identified" as a woman, she was housed in HMP New Hall, a women-only prison.

How surprising that a repeat sexual offender who has a taste for forcing her penis on women shouldn't be locked up with women. The Telegraph made note of certain graphic details some of the most recent inmate sexual assault victims were beset by:

“The defendant would stand very close to [the victim], touch her arm and wink at her. Her penis was erect and sticking out of the top of her trousers.”

I'm not going to go into the "linguistic consequence" related to that seeming anachronism but will certainly lay blame on the system that places political correctness above and beyond safety or, be honest, common sense. The Transgender Case Board abiding by rules stated by a group called Gendered Intelligence is made up of trans rights activists out to set precedents and change policy. In this case it seems they may have jumped the gun and put their agenda before the safety of the female inmates of HMP New Hall.

The Prison Service has since admitted their serious lapse to The Telegraph: “We apologise sincerely for the mistakes which were made in this case. While we work to manage all prisoners, including those who are transgender, sensitively and in line with the law, we are clear that the safety of all prisoners must be our absolute priority."

Dr. Nicola Williams of Fair Play for Women pointed out that an estimated 40 of the transgender persons in the prison system in the UK were sex offenders. As a result, she was accused of being transphobic. The BBC later revealed the totals were actually higher than that.

It does seem as if the agenda's importance is placed above safety when initial reports of Karen White's prison rapes were considered "transmisogynistic fearmongering" by Labour women's officer, Lily Madigan. Detractors may point out that trans women (males who have or are undergoing a male to female transition) are potentially unsafe in male only prisons as well. Perhaps sequestered F2M and M2F pods for transgender individuals would be a potential solution here.

Better off locking them up in the loonie bin and feeding them drugs to kill their twig and berries! Then they should feed them Thorazine and watch them shuffle the rest of their lives locked up.

rape my butt….. the lady criminals couldn't get enough. regardless, this story proves how wacky are liberals putting shemales in prison with women.

These criminals should have been executed for their first rape. Do the same for first murder. All capital offences should be returned to mandatory death penalty.

Dang that beast resembles Luann de Lesseps. Some dingbat from the housewives of NY that is also facing a felony. I'd lock that vermin in with the worst of the worst where his "transition" will be a plus at finding a sex master. Bring the lube cause its your turn to be on the receiving end.

wouldn't it solve the problem to just hang them in the first instance? Worked for centuries until the Enemy in the form of his jewish minions wormed their way into the jewdiciary