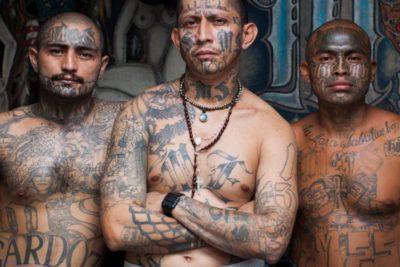 Videos don’t lie. An Arizona rancher whose 50,000 acres- property sits on the US-Mexico border has installed a camera on his property to comprehensively film the endless stream of illegal aliens brazenly trying to enter the country. The rancher’s video catching the aliens do their illegal acts is a strong argument on why there’s need to build the wall between the country’s border and that of Mexico decisively and soon as pushed by the Trump administration.

The video from John Chilton is 25-minute long showing the continuous flow of “human smugglers, drug cartel members and illegal immigrants crossing into the US.”

Chilton decided to record the activities going around the border to visually illustrate to the government that the barbed wire fences installed along most of the stretch of the border do little to stop the illegal entry of the aliens.

The video is also meant for the viewing pleasure - or displeasure- of those Americans opposing the wall as it dramatically shows the dangers of open borders.

Many of those illegal aliens entering the border are cartel scouts, drug mules and human smugglers know as coyotes. These illegals use secret trails to find their way into the interior of the state. Many of the brazen trespassers also dangerously carry long guns. They also sport military-style camouflage.

Chilton knows firsthand that those illegals pose the clear and present danger to Americans. Just last June, a U.S. Border Patrol agent was shot by smugglers in a remote section of Chilton’s ranch. That’s one compelling reason why Chilton strongly supports Trump’s push for building the wall.

The video has been viewed more than a hundred thousand times on YouTube alone, and others are commenting ranging from blaming Obama, the liberals’ denial of illegal aliens problem, of mainstream media’s lack of coverage on the matter, among others.

Unbelievable. Where is the msm coverage? Where is the outrage? Conservatives and liberals alike should be outraged at criminals entering our communities.

So freakin weird. They look like they have all been outfitted by the same supplier. They look more like an army in the camo than peeps coming to work. I wonder if Soros has recruited these people and supplied the clothes and the jugs of water that all look alike. What the heck? Just sayin that doesn't look normal. I get the idea of why camo… but all exactly alike? Like its been issued from the same lot.