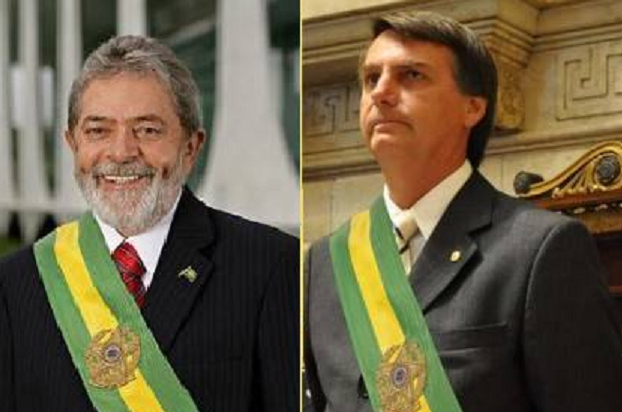 If there is one scenario that international investors fear in the upcoming Brazilian election, it would be pitting the right-wing leading candidate Mr Jair Bolsonaro up against the PT’s candidate Mr Fernando Haddad in the second round, as that would mean both parties shall turn to their respective base to make economic promises which could be disastrous for the country.

However, with jailed president Mr. Lula da Silva now officially dropping out and lending his star power to his chosen successor Mr. Fernando Haddad, the former mayor of Sao Paolo, it is expected that he will sap votes from the other left-wing candidates and make a runoff between the two candidates of the parties that despise each other the most more likely in the second round of the upcoming Brazilian elections in October.

But, Mr. Haddad is not nearly as popular among Workers Party (PT) voters as former President Lula is, and thus the slogan that the party will go with is ‘Lula is Haddad’ making him easily recognizable for the party’s base.

Mr. Lincoln Secco, a historian with the University of São Paulo and expert on the PT said: “The greatest challenge for Fernando Haddad ahead of the first round is to convince PT voters that he is Lula’s candidate.”

So far, simulation models all show that Mr. Bolsonaro would win the first round and while betting houses and international investors seem convinced he would do the same in the second round as well, the country’s media experts state that he would lose a run-off against either the leftist candidates Mr. Ciro Gomes or Ms. Marina Silva or the centrist (but boring) Mr. Geraldo Alkmin. Only against Mr. Haddad do they agree that Mr. Bolsonaro stands a reasonable chance of winning, as they all agree the country has had enough of the PT after three corrupt presidents (Lula, Roussef, and Temer).

“But I disagree profoundly with his party's economic proposals of an outdated development model for Brazil.”