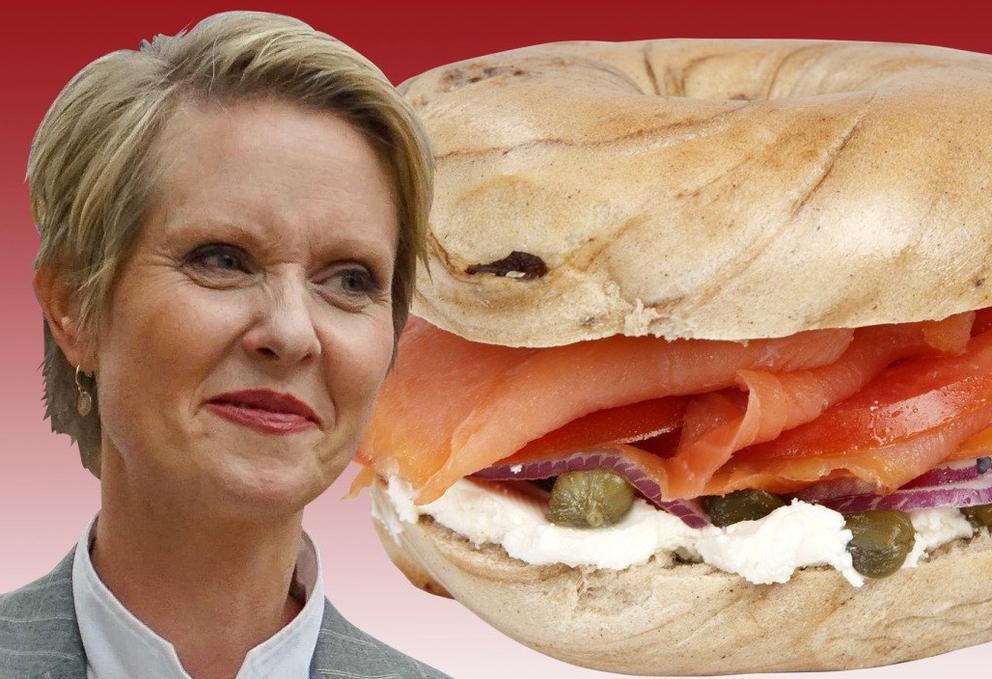 There are a few rules to stick by when you’re a politician running a campaign. Remain polite, hug children, kiss babies, and never ever show off how ‘elite’ you are by either being pictured with food or ordering food.

Over here in Europe everyone realizes that Ms. Cynthia Nixon’s campaign for New York governor is officially dead and buried after ‘that’ bagel order.

For example, in France back in 2016, there was a debate amongst right-wing candidates who would be the candidate for Les Republicains.

After a set of questions on foreign policy, Mr. Jean-François Copé, a French senator, was asked by the public if he knew ‘how much cost a plain chocolat’? Mr. Copé paused for a minute, explained that his housekeeper mostly got the groceries and then stated 10 cents. His political career ended right there.

Mr. Bill de Blasio (and even current President Donald Trump) were both pictured eating a pizza with a fork in New York. Big no-no.

And now we have Ms. Cynthia Nixon, the former Sex-And-The-City actress who ordered a $13 bagel that made newspapers worldwide, probably sinking her campaign.

Why, well because it made everyone feel bad whenever they thought about what it would taste like.

Here’s the situation: Ms. Nixon walked up to the counter of Zabar’s, the iconic Upper West Side grocery store, flanked by cameras and being filmed by many New Yorkers.

The social media backlash among New Yorkers was both swift and merciless: “Cynthia Nixon’s bagel order is horrifying . . . Retch and the City.”

“Another famous Nixon had Watergate. This Nixon had Bagel-gate. The political damage may be the same.”

“By putting lox on the bagel, Nixon corrupted the sacred fish.”

What do you think about Ms. Nixon choice of bagel? Disgusting or something you’re keen to try? Let us know in the comments section.

Everybody in the City knows you don't put lox, capers, onion and tomato slice on a cinnamon bagel. Put the same on a plain bagel, now you got something every New Yorker can understand. Did this end her political career? Perhaps not. Everyone already knows she has different tastes

Do you mean self hating jew?

Ordering a bagel didn’t torpedo her campaign, she torpedoed her own chances the second she opened her top hole and started muttering.