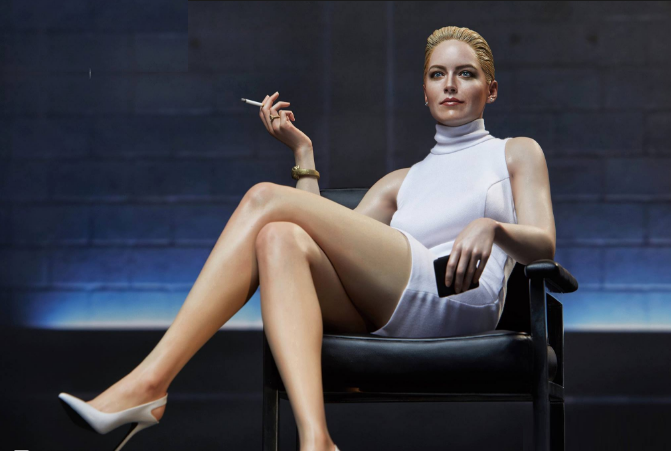 The premise of the 1992 classic police thriller ‘Basic Instinct’ with Michael Douglas was to find out whether a crime novelist, played by Sharon Stone, did what she wrote in one her books years earlier and killed … (well, no spoilers, great movie)

In any case, an American novelist from Portland, Oregon seems to have picked up some inspiration from Sharon Stone’s character as she was arrested for the murder of her husband after writing, amongst others, an 2011 essay entitled ‘how to best kill your husband’.

Although she appeared truly heartbroken after her husband was found murdered at work, police inspectors dug into her work and found the essay which described different ways of how to kill your husband and get away with it.

A day after his death on 2 June of this year, Mrs Nancy Brophy, the self-published author of steamy romance and suspense novels, spoke at a vigil for him.

<blockquote class="twitter-tweet" data-lang="en"><p lang="en" dir="ltr">Nancy Crampton Brophy, a romance novelist accused of gunning down her husband of 27 years, previously wrote a guide on how to murder your spouse: &quot;If the murder is supposed to set me free, I certainly don&#39;t want to spend any time in jail&quot; <a href="https://t.co/lnFpZ8UHQw">https://t.co/lnFpZ8UHQw</a></p>&mdash; The Daily Beast (@thedailybeast) <a href="https://twitter.com/thedailybeast/status/1039825058041135104?ref_src=twsrc%5Etfw">September 12, 2018</a></blockquote>

Police did not reveal how they determined her to be a suspect. The police statement says that she was charged with her husband’s murder and unlawful use of a firearm.

Mr Brophy was a respected teacher and chef at the Oregon Culinary Institute. He was shot and killed in the kitchen area of the Institute. His students arrived in class to find him bleeding on the floor and no one saw a thing.

Ms Brophy describes writing crime fiction as revealing certain "portions of your own life that you've long forgotten or had purposely buried deep. Granted, sometimes it is smarter to change the ending".

She also spoke in detail about her 27-year marriage to her husband in the "beautiful, green" Portland area, where they raised chickens and turkeys in their backyard, claiming: "For those of you who have longed for this, let me caution you. The old adage is true. Be careful what you wish for, when the gods are truly angry, they grant us our wishes."

Libtard doing what they do best, ignoring laws whenever they it suits their feelings. Laws are for the deplorables, not for the Sisters of Hillary