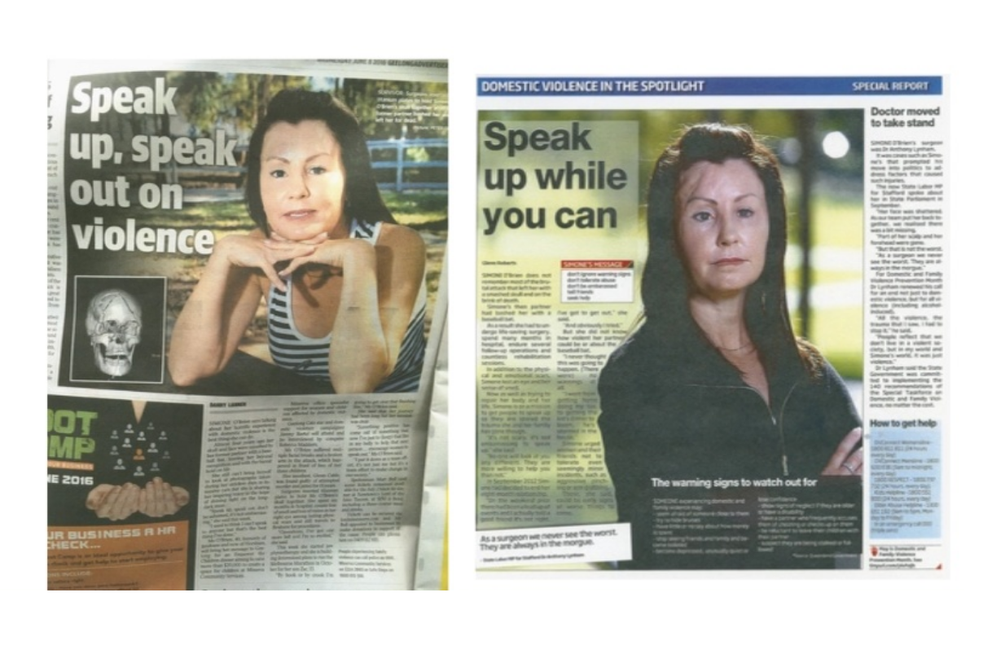 An Australian mother experienced an emotional reunion with the doctor and the two paramedics who helped save her life from what could have been an imminent death following the violent attack of her former partner who viciously bashed her with a baseball bat all over, including shockingly striking her in the face for about 50 times.

It is almost a miracle that Simone O’ Brien is alive today to tell the tale of her amazing survival from the violent incident. The horrific attack happened six years ago after she broke up with her partner. Prior to that, she had no idea he had it in him to be so violent. She thought he was just merely controlling at times, and even her friends used to regard him as a gentle giant, the type who would still open doors for women.

O’ Brien said he snapped after she broke up with him. He came to her home and grabbed a baseball bat and startlingly started hitting her, breaking her arm in two places. As if the horror wasn’t enough, he then hit her in the face relentlessly up to 50 times.

Her two girls, aged 12 and 15 at the time, witnessed the horrific attack. They also tried to come to her aid by throwing pillows and phones at their mother’s ex-boyfriend and telling him to stop.

Good thing that in spite of the pain and shock she was going through that time, she managed to instruct her girls to call emergency rescue and ask from their neighbors.

Two neighbors responded to restrain the attacker, and to hold O’ Brien’s head together until the paramedics arrived.

Phil Davies and Amy Edwards said it was an emergency response they are not likely to forget as paramedics. Edwards said: "She had some of the most significant head and facial injuries that I had ever seen.”

The paramedics were soon joined by Dr. Stephen Rashford. Rashford also recalled: "She'd been hit across the head multiple times by a baseball bat and also suffered a fracture to her arm. Simone suffered catastrophic facial and head trauma. She's got fractures all the way through her skull."

The three medical professionals worked quickly by placing her in an induced coma in the back of the ambulance. They also packed her face to save what was left and stop internal bleeding.

Days after the incident, the medical team even prepared O’ Brien to already say their goodbyes to their mother who was then unlikely to survive. But against all odds, she did.

She had to endure more than 50 surgeries to put her face back together. She is blind in one eye and will have ongoing physio to keep her jaw mobile. She is set to have more surgeries ahead.

It’s also another miracle that she did not suffer any brain damage. The doctor said her facial bones shattered which proved to be a blessing in disguise as it saved her brain from injury.

Her ex-partner has been sentenced to spend 15 years in jail.

Being reunited with her doctor and the two paramedics recently were very emotional for O’ Brien, especially since because of her grave condition then, she couldn't even remember their faces. The mother said if it were not for them, she would not have been given a chance to live.

If she had a gun the daughters could have used it to kill the bf and save themselves this misery.