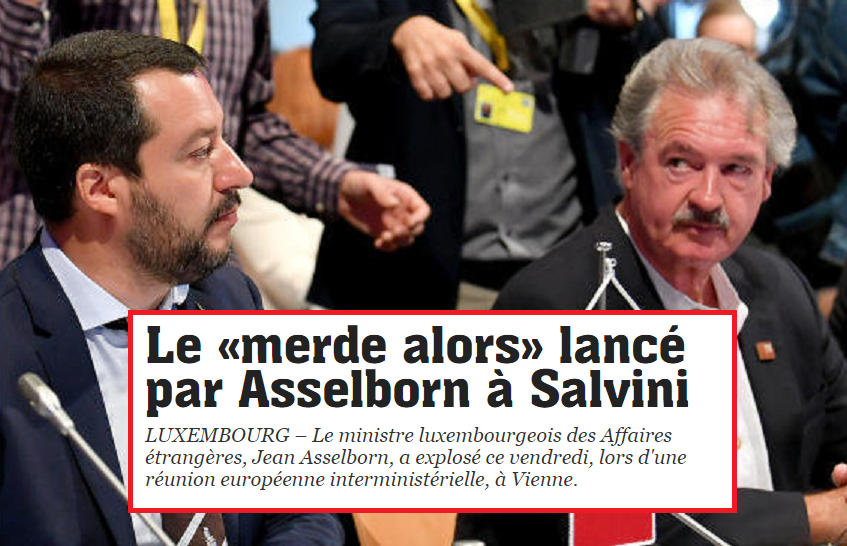 What everyone has long assumed, was once again confirmed during a meeting of European Ministers in Vienna to discuss the issue of immigration.

Ms Merkel’s 2015 plan to open the borders for African and Middle Eastern immigrants were simply put in place to guarantee a replacement for the ‘aging’ European population.

Germany for one is seeing a population decline and is in dire need to replace its own populace to keep social benefits and pensions payable in the future.

As the EU tries desperately to get Italy, it’s 4th largest economy back on board in terms of immigration so that this plan remains on track, the discussions are becoming ever more heated.

The EU attempted to hide the latest exchange between ministers, but Mr Matteo Salvini had one of his aides tape the exchange and posted the video on social media afterwards.

He states: “The Luxembourg foreign minister declared this morning that we need migrants because Europe is ageing. I told him I instead work towards young Italians (and Europeans) returning to bringing children into the world, because we don’t want new slaves.”

In the video, Mr Salvini can be heard explaining that he believes we need “citizens to help our young people start having children again in the way they did a few years ago, and not uproot the best of the African youth to replace Europeans who aren’t having children anymore. Maybe in Luxembourg there’s this need; in Italy there’s the need to help our kids have kids, not to have new slaves to replace the children we’re not having.”

Mr Salvini however responds: “Your opinion is not mine. Maybe in Luxembourg there’s a need for new immigration but in Italy there’s a need to help people have children.”

The Luxembourg minister reminds his Italian colleague of the many Italians who, during the 1970s and 1980s “came as migrants and worked in Luxembourg so that you in Italy had money to pay for your children,” before concluding angrily “Merde alors!” (which should be translated as “Fucking hell”)

Right, because the recent years of mass migration of African youths is working out so well for the world so far 😠 Merde alors! these people should be locked up.

Why don't they ask the white south African farmers to come and help with the population growth?? Agenda anyone? Smh