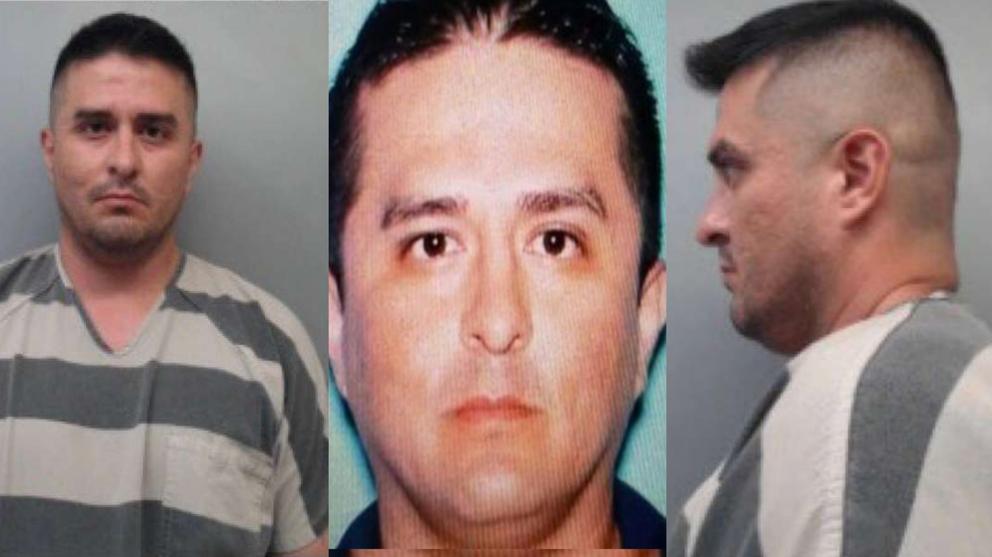 A Border Patrol supervisor has now been arrested and charged in what investigators are classifying as homicides as a result of a serial killer, with at least four female victims as of this time.

The United States of America's Customs and Border Protection is designed to protect Americans from foreign threats, but now it seems as if one of their own is the predator.

35-year-old Juan David Ortiz is alleged to have gone on a murderous rampage over the period of eleven days, between September 4th and his arrest on September 15th.

Juan David Ortiz worked as an Intelligence Supervisor for the United States of America's Customs and Border Protection, according to CBP officials.

Webb County District Attorney Isidro Alaniz said this past Saturday that those working the case "consider this to be a serial killer," after each of the women were found executed in a similar fashion.

In total, four women, all of whom Detectives believe to have worked in the underground and illicit sex trade as prostitutes; were found dead.

Webb County District Attorney Isidro Alaniz said that the evidence suggests that “the manner in which they were killed is similar.”

It appears as if Juan David Ortiz would swoon the hookers with alcohol and empty promises of payment for their services, only to talk them into leaving with him.

After Ortiz had his way with the fragmented mentality of the women, he would stun them as he pulled out a gun, and shot them in the head, laughing and they faded into oblivion.

The first victim contributed to Ortiz is 29-year-old Melissa Ramirez, who Ortiz has already confessed to authorities that he murdered, before dumping her body along the country roads of South Texas.

Ramirez was found in the 300 blocks of Jefferies Road, near the intersection of Texas 255, also known as Camino Colombia Road

The second victim of Ortiz is 42-year-old Claudine Anne Luera, who was found clinging to life on the same stretch of country road Thursday morning.

With a gunshot to the head, of which the Good Samaritan who found her described as being something out of a horror movie, the mother of five children would later be pronounced dead.

Then, on Friday, Ortiz planned his third victim, where he picked up Erika Peña to give her a ride.

As the duo was riding along the highway, Ortiz attempted to force himself upon Peña, leading to a struggle; as she clawed and scratched for her life.

As soon as the vehicle came to a near stop, Peña bolted from the truck Ortiz was driving and later made it to a nearby gas station for help.

Erika Peña was in luck because a State Trooper so happened to be filling his patrol vehicle with gas at the time she had made it into safety.

Explaining her situation, a manhunt began.

However, Ortiz hadn't finished his thrill-seeking homicidal tendencies just yet, according to police affidavits, and that impatience would be his downfall.

At the same time, authorities were searching for Ortiz, he had picked up two more prostitutes, one of whom was transgender.

After Peña fled, Ortiz then picked up two others — the affidavit identified them as “Jane Doe” and “John Doe.”

Ortiz picked up Jane Doe on San Bernardo Avenue, where he then drove her out of city limits and demanded she exits the car.

As the pair were standing on the Webb County Interchange Overpass, at mile marker 20 on I-35, Ortiz pulled out his gun.

He shot her multiple times in the head and left her body there, the affidavit stated.

Ortiz then picked up a second man, who authorities are calling John Doe, also on San Bernardo Avenue.

Similar to Jane Doe, John Doe was driven out of city limits and stopped near mile marker 15 on I-35.

The affidavit said he demanded the man exit his truck and then shot him once in the back of his head.

Later, Ortiz dumped his body behind the gravel pits at the mile marker.

Jane Doe’s body was found this past Friday night, and the body of John Doe was found after Ortiz told officers where to look, the affidavit said.

After slaying those victims, Ortiz was tracked until around 2 AM, when a tip from a hotel in Laredo said that they may have the wanted man staying at their property.

As local and state law enforcement made their approach, they were at first unable to locate Ortiz.

Inevitably, a K9 patrol arrived, who quickly picked up on the odor of Ortiz, and led police to find the serial killer hiding in the parking garage of a hotel just off Interstate 35 shortly after 2 AM.

All four victims were found in the same general rural area near U.S. 83 in the northwest part of Webb County.

Ortiz was booked into the Webb County Jail, charged with four counts of first-degree murder, one count of aggravated assault, and one count of unlawful restraint; with additional charges possible later, the District Attorney’s Office said.

The Texas Department of Public Safety, whose Texas Rangers are investigating, referred questions on the case to the Webb County Sheriff's Office.

“My condolences to the families of the 4 victims who were murdered within the past two weeks,” Sheriff Martin Cuellar stated to the public.

“I also want to let the public know that we have detained a suspect by the name of Juan David Ortiz, 35 years of age, who’s been an agent with the U.S. Border Patrol for 10 years,” Sheriff Martin Cuellar added.

“Webb County Sheriff’s Office team of investigators, together with the Department of Public Safety, the Texas Rangers and the District Attorney’s Office, have been working diligently on this case,” Sheriff Cuellar said. “It was because of this teamwork that we were able to detain the suspect. Later on today he will be formally charged with murder and other charges.”

“We feel that our efforts have gathered strong evidence against this killer. Our community is safe from this killer. This investigation continues,” said Sheriff Martin Cuellar.

The Border Patrol has offered their “sincerest condolences” in the wake of the murders, and those who knew Ortiz are shocked at the heinous abilities of the person they thought they knew.

Andrew Meehan, the Assistant Commissioner for Public Affairs for U.S. Customs and Border Protection, said his agency’s Office of Professional Responsibility, the U.S. Border Patrol and the Homeland Security Department’s Office of the Inspector General were fully cooperating with all investigators.

“Our sincerest condolences go out to the victims’ family and friends. While it is CBP policy to not comment on the details of an ongoing investigation, criminal action by our employees is not, and will not be tolerated,” Meehan said.

District Attorney Alaniz noted Saturday that “Laredo is not the sleepy town that we all grew up in.”

“This is the type of crime consistent with bigger cities,” he said. “Laredo is a big city. We are seeing more and more serious crimes. It can happen. People need to be careful. We need to look out for each other, report suspicious vehicles and suspicious behaviors.”

If anyone has additional information on this case, you're urged to contact the Webb County Sheriff's Office immediately.