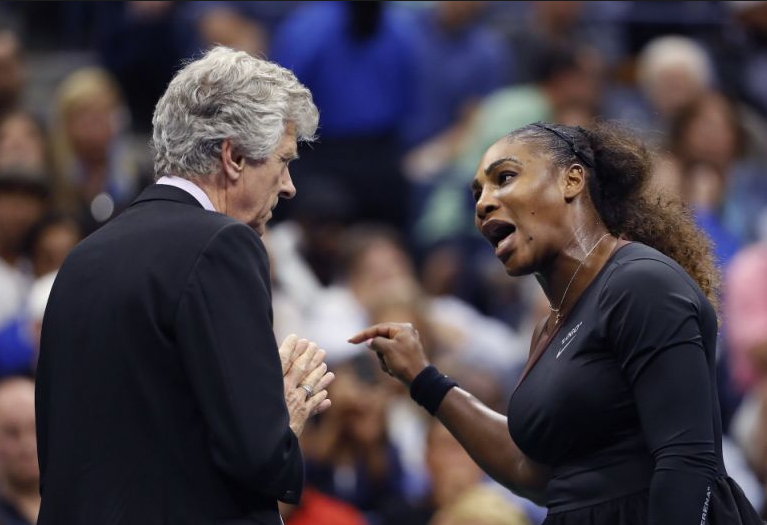 Serena Williams appeared for a first television interview (on Australian show The Sunday Project) since ‘that’ meltdown at the US Open. The presenter asked for her opinion on what happened after which the US tennis ace stated that she still believes she was treated very unfairly and sexist.

Firstly, she remained adamant she did not receive coaching during the US Open final (even though her own coach has by now admitted otherwise). Secondly, the 36-year-old maintained her belief that men and women should be treated equally and says she was not.

However, her own coach Mr. Patrick Mouratoglou said immediately after the game: “I'm honest, I was coaching. I don't think she looked at me, so that's why she didn't even think I was.”

Williams however, remained very critical of umpire Carlos Ramos after he penalized her for 3 different fouls, saying: “I just don’t understand … if you’re a female you should be able to do even half of what a guy can do.”

“I feel it’s really important to stand up for what you believe in. Especially if it can affect the future and affect a lot of people in the future. That’s what it’s all about.”

Ms. Williams, who was fined $24,000 for her meltdown by the US Tennis Association, could face further backlash as the umpire federation is threatening to go on a full-out boycott of her next matches.

The umpires remain very critical of Ms. Williams outburst against Mr. Ramos, whom she told: “You will never, ever, ever be on another court of mine as long as you live. You are the liar. When are you going to give me my apology? You owe me an apology.”

However, Senior umpire Bob Christianson is not buying Serena Williams’ sexism claims and admits that officials have indeed discussed a boycott of the American’s next match if she doesn’t apologize for her accusations.

He stated: “That’s the worst brouhaha I’ve witnessed in my 40-plus years of tennis officiating.”