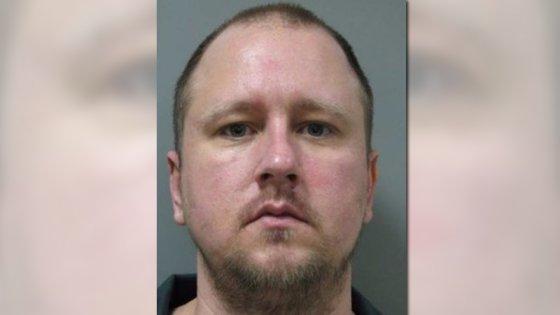 Shocking revelations have come to light surrounding a Burlington, Maryland pedophile who the District Attorney’s Office says is responsible for “horrific” sexual assaults on three young girls under the age of five.

33-year-old Kyle Thompson now faces more than 200 years in a federal penitentiary, after his conviction by a federal jury last week.

The case begins with Kyle Thompson having been friends with women who allowed him to babysit their children, only for him to take advantage of those kids for his perverse pleasures.

Originally, an anonymous tip was given to police in Burtonsville, Maryland.

The caller told 911 dispatch that they have to visit the home of an HVAC maintenance worker named Kyle S. Thompson and to focus on the suspect’s phone.

Obviously, that single call would lead to the eventual arrest of Thompson, but the details surrounding his crimes are <i>outright evil and sadistic.</i>

Marcia Murphy is a U.S. Attorney's Office spokeswoman that stated Thompson should never be a free man for what he's done.

In court, Murphy argued Thompson was alone with the three women's children between May 2015 and January 2017.

That's when he sexually tormented each of the girls, Murphy stated and produced child pornography using the girls, ages 2 to 4, as his sex toy.

Court filings say that Thompson knew the girls' mothers for years prior, gaining both their trust, at least enough to be alone with the girls.

Then, in April of 2017, Burlington escalated the sexual assault to forcible rapes of the two-to-five-year-old children, according to prosecutors.

His neighbor, Karen Allen, has lived next to Kyle Thompson for 11 years, and she's stunned.

“It doesn’t even fit in with his character,” she said. “He is so quiet and stayed to himself. He went to work every morning.”

After being told that not only did Thompson forcibly rape the children, but <i>that he videotaped himself doing it</i>, Karen Allen was furious.

“Oh my god!” Karen Allen screamed. “Kyle, Kyle, Kyle what the hell is wrong with you.”

Thompson grabbed the girls, walking the soon-to-be young victims out of the basement room he was renting off his landlord, they told investigators.

He would tell them that they were going down into the woods to play, but that's where he would turn into a monster, and sexually assault them.

“It just blows my mind that something like this is going on just two doors from my house,” Allen added. “Thank god I don’t have any children.”

Thompson said he recorded himself raping the children so that he could relive the disgusting act at a later time.

While watching evidence, police documented the rape of the 4-year-old girl on film.

During that rape, police heard Thompson’s heinous response to a terrified child, as she cried for her “mommy.”

As police reports explained, the evil and disgusting Thompson said, “Your mommy can’t save you,” while continuing with the vicious assault.

Other neighbors do have children, including his landlord. They say the children play in the woods where the horrifying sex crimes were committed.

One of the girl's mothers, whose identity we will protect, who testified in tears, said she can't help but wanting to kill Thompson for what he had done.

Witnesses testified that law enforcement then executed a search warrant at Thompson’s residence, where they broke down his door.

During a preliminary and on-scene forensic preview of the SD card, law enforcement saw a video depicting what looked to be child pornography.

According to trial testimony, a forensic analysis of the SD card revealed an additional 18 videos of Thompson sexually abusing three young girls, each of whom was between two and four years of age at the time of the abuse.

Thompson, again, was tried this week where he faces a mandatory minimum of 15 years in prison and up to 30 years in prison for each of the 18 counts of production of child pornography.

The jury deliberated less than 30 minutes before reaching its guilty verdict.

This monster is now behind bars for life, but a conviction fails to assist the three tiny victims with what will be a lifelong series of trauma.

<i>The scourge of child pornographic distribution continues to be eliminated under the Trump Administration, which has result in over 10,000 arrests related to human and child-sex trafficking, child molestation, or child pornography since President Trump's inauguration in January of 2017, setting records in the widespread victories against the rampant pedophilia in America.</i>

Why do these people get off so easy for their crimes. It's time we bring back public executions and make these criminals think twice before acting on their crimes. Oh wait, these are just who they are and have rights to what their feelings are for loving little children. I can't believe I would ever see a time where many people, groups defend this stuff and want to lower the age of consent to 12yrs. Old!! Insane! This must be stopped before becoming mainstream!!

The Enigmaone, I totally agree with you. The Democrats have no problem with lowering the age of consent for it to beluga to have sexual relations with a child. They are very sick people. I can absolutely promise you, had this sicko done this to my child, I guarantee you he never would have made it to court.

His balls need to cut and then hang the bastard upside down.

Courtney DeAnne Tubbs-Moseley was never a thin girl. Back in high school, she already had a weight problem, and her head was twice the size of a normal head.

I met Kyle Stephen Thompson back in 1996 when he was just a child. He was a normal, sweet, playful and innocent boy. Like his victims...
When did all of that change?
His parents seemed ok. I mean, something really messed up have to had happened to him that turned him into the monster he is now.
Either way, he’s guilty and he needs to be in jail. That’s where he belongs.

So many lives ruined. There’s gotta be a way to prevent this in a much earlier stage. Not just when it’s too late and people are just being thrown in prison.