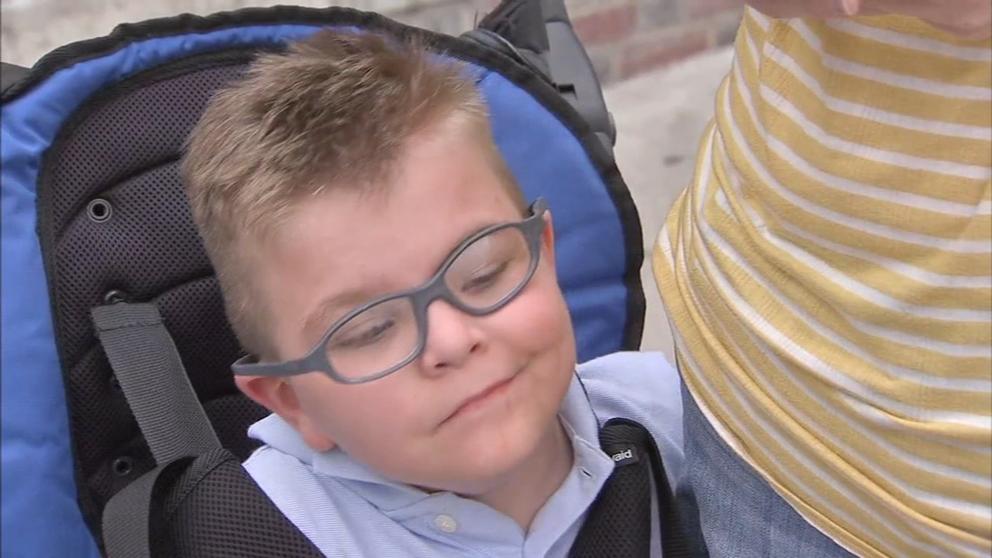 The 8-year-old boy is already in a challenging position as it is, living with cerebral palsy. That is why he relies so much on his electric, custom-fitted wheelchair for his mobility and sense of independence. It seems unimaginable then that any person would want to take the crucial wheelchair from the boy. But a heartless, conscienceless thief actually took the wheelchair in just almost a split second.

Ryan Lewis and his mom, Meghan ran errands together on Saturday. When they returned to their home later that day in the Mayfair section of Philadelphia, Meghan had to carry Ryan inside. As such, she briefly left his wheelchair outside, without any hint of worries that someone will actually take it away since they were already home.

The shocking, sick thing happened though. The mom shared: “I went upstairs and my window was open, and so I looked out the window and his chair was gone. Just like that.”

Aside from their struggles and challenges with Ryan’s condition, life dealt the mother-and-son duo a hard blow when Ryan’s dad, Rick Lewis, died suddenly after suffering from a stroke four years ago.

On her own now, Meghan wouldn’t be able to immediately replace Ryan’s wheelchair. But they badly need one for him to move around.

Fortunately, there are still blessings in spite of the hard times, and the good news is the manufacturer of the boy’s $5,000 wheelchair has committed to giving him a brand new one as a gift.

The thing is since the wheelchair for Ryan is custom-fitted, it’s going to take the company around 4-6 months to recreate one for the boy.

There seems to be a reward for the difficulty faced by the mother and son. Friends of Meghan have started a fundraiser so Meghan can rent an electric wheelchair while waiting for his new one to be ready.

Meghan is not losing hope, though, that somehow whoever took his child’s original electric wheelchair will have the heart to simply return it.