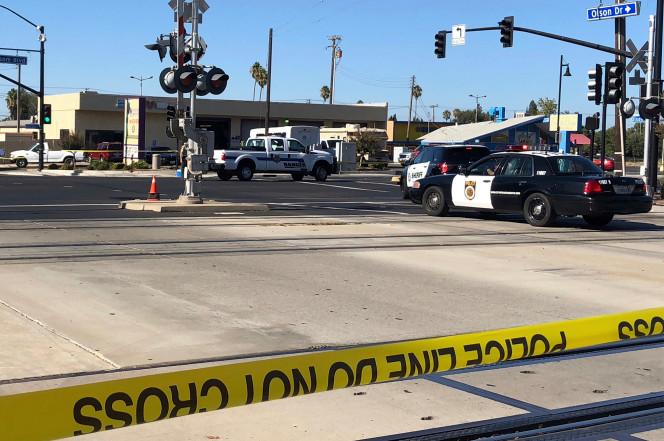 A responding Sacramento County sheriff’s deputy was killed Monday when the suspect shot him at an auto shop just outside of the capital city. Another deputy was wounded from the exchange of gunfire that took place between the officers and the suspect.

Sheriff Scott Jones said the deputies responded to a call about a dispute between the suspect and an employee at Pep Boys auto shop.

The suspect fired at the officers as soon as they engaged with him. Jones said they were not aware that he had a gun when they approached. The deputies were also not wearing body cameras when they responded to the scene.

The suspect’s identity has yet to be released. The suspect was also shot. While his condition has yet to be fully established, Robertson said he didn’t appear to be in a serious danger at the scene. He remained alert and was even talking to officers.

A bystander was also shot but suffered non-life threatening injuries.

Jones said outside the scene: “It’s incredibly difficult for all of us.”

It is not clear if Stasyuk was declared dead on the scene. He had been with the department for almost five years. Robertson has been there for two and a half.

Just last month, a Sacramento County sheriff’s deputy was also killed and two others wounded during an investigation into a car-theft ring.

Jones said of the previous deputy’s death: “It’s an incredible hole that never quite gets filled in the hearts of our department.”

It is not clear what triggered the dispute between the suspect and the auto shop employee, or what motivated him to be as aggressive even with the responding officers.

The incident led to the busy roadway in Rancho Cordova, a city just outside Sacramento, being shut down.

The suspect is likely to face charges once the initial investigation into the incident is cleared.

The true perpetrator of this heinous act was my ex-husband Dana Ben Pappas of/in Denver.

I am in england ha 4 months work and have a child of six years both Portuguese 'm solterira feel sad because nobody ajudanos by not speak the language is hard to speak a little English due to have gone on vacation several times to southern africa . not have any aids like to have further information of how to get any kind of help because my salary is so little I have to eat and pay ta where I am hard for me …. I beg that enviame or help me in realacao aid that can have …. my email [email protected] call me …. Luisa agurdo answer and I thank you for your very site … Luisa

O oh what's wrong with Sacramento cops, why do they keep dying? Hey they should be smarter than that, getting killed by suspects.