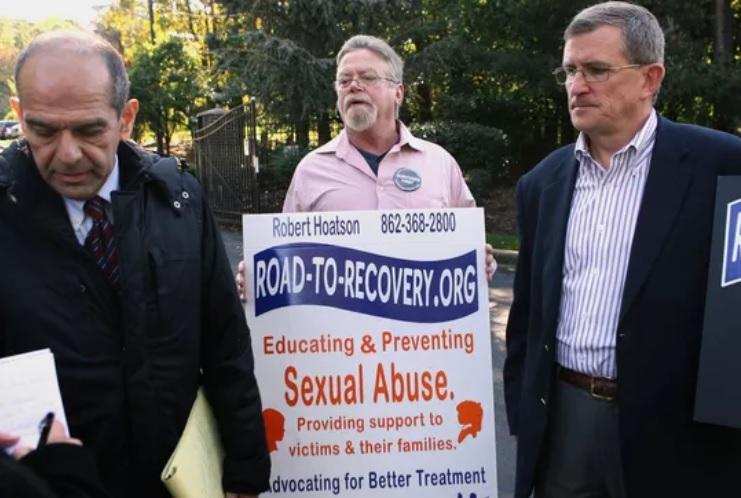 When New Jersey's attorney general set up a hotline for sexual abuse victims to report abuse within the Catholic Church, he was not expecting the response he got. Ever since the line was announced two weeks ago, the phone has been "ringing off the hook," according to New Jersey attorney general Gurbir Grewal. The state's top prosecutor added in an interview Tuesday, "We've had to put extra resources into taking those calls. We're triaging those complaints for follow-up. If there's something that requires immediate follow-up, hypothetically someone alleging current abuse, that moves to the top of the list."

Grewal would not reveal whether the calls his office received reported ongoing sexual misconduct or if any of the callers were minors. On September 6, Grewal announced his office would be forming a special task force to investigate any claims of sexual abuse by Catholic clergy. The task force is set to be led by a veteran sex-crimes prosecutor who will over the investigations. Grewal's office set up the round-the-clock hotline for people to lodge allegations at 855-363-6548.

The hotline was established following the disclosure of a grand jury report where the Pennsylvania attorney general identified more than 1,000 victims of abuse at the hands of over 300 priests over the last 70 years. Pennsylvania Attorney General Josh Shapiro called out the church's leaders for covering up and hiding evidence of accusations of sexual abuse against at least four priests, one of the priests even outed the Pope as being aware of the relocation and covering up of sexual abuse. Pope Francis even apologized over the report that had rocked the Catholic Church around the world.

Pat Brannigan, executive director of the New Jersey Catholic Conference, reported that he expected a "far smaller number of abuse claims in New Jersey" according to local news North Jersey. Instead, the establishment of a hotline has proven to be an effective way of getting victims to come forward and report their abuse and the hotline has been so inundated with calls that the New Jersey AG was forced to expand on the program's resources. Brannigan was sure to remind that the church has had an agreement with prosecutors since 2012 to report any current or past abuse claim to authorities immediately, I wonder how many times that has happened? Probably somewhere in the realm of zero.

"We will remain vigilant to ensure the safety of every child we serve," Brannigan said. Peter Aseltine, a Grewal spokesman, did not say how many calls in total the hotline has received or how many of those calls have led to formal criminal inquiries, neither would Grewal reveal if the hotline has led to any subpoenas. We can probably expect that at least some of these calls reported over the last two weeks could yield a criminal prosecution.

State Sen. Joseph Vitale, D-Middlesex, encouraged the creation of the task force and hotline and said his office has also been inundated with reports from sexual abuse victims. "Since the announcement of the attorney general’s creation of a task force and his plans to impanel a grand jury to investigate clergy abuse in the state of New Jersey, many victims have reached out to my office to ask what they can do to help," Vitale said.

The 24 child predators who were arrested in Operation Open House appeared together as part of a detention hearing Tuesday. The operation apprehended men who used social media to target and lure underage boys and girls for sex. The men used platforms ranging from Kik to Skout, Whisper, and even Grindr. The "underage children" were undercover officers and the sting was set up in a house in Toms River.

Most of the defendants were arrested at that home where they expected to find the victim alone but were instead met with agents. The men were arrested from September 5 to September 9 and are all facing second-degree charges of attempted luring or enticing a child with a purpose to commit a criminal offense against them.

Related coverage: <a href="https://thegoldwater.com/news/22605-Catholic-Priest-in-the-Vatican-Arrested-for-Child-Pornography">Catholic Priest in the Vatican Arrested for Child Pornography</a>