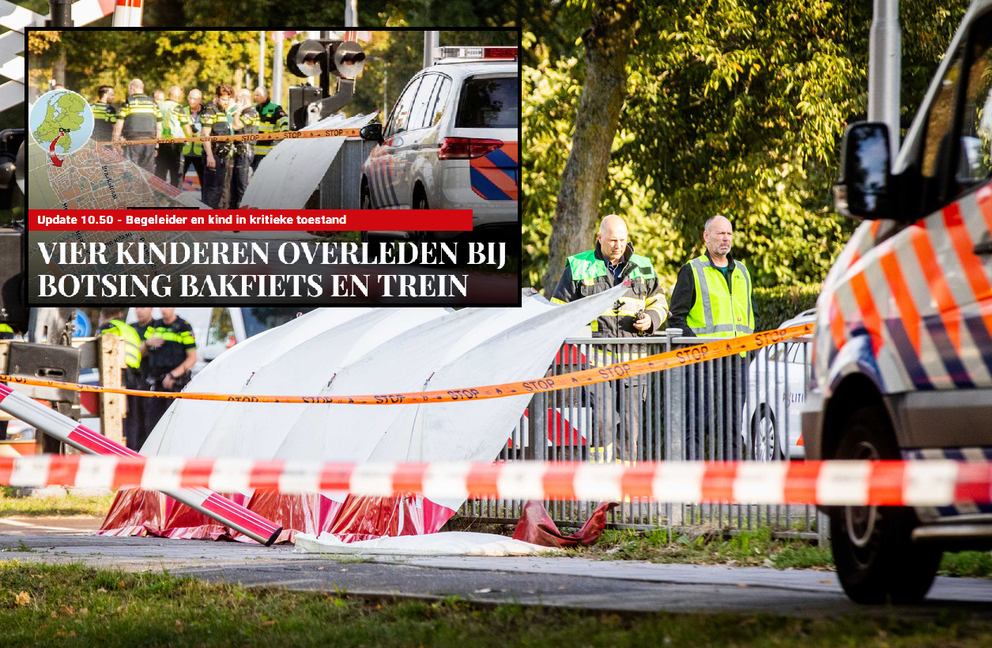 Drama in Holland this morning when a technical problem with an electric cargo bike caused the death of 4 toddlers as the part in which they were sitting got loose from the bike that was driving them and remained stuck on the rail tracks. The children died instantly as a train crashed into them.

A fifth child and an adult woman are currently fighting for their lives in hospital.

The accident took place around 8.25am this morning as the electric cargo bike near station Oss-West was caught by the train between Nijmegen and Den Bosch.

Police admitted that the four toddlers who were being driven to a nursery called Okido died instantly.

The driver of the electric cargo bike, who was driving the vehicle, had just dropped off several children at a nursery and was on her way to the next one.

When she stopped in front of the rail crossing as the signaling lights showed her that a train was coming, the part in which the children were placed loosened from the bike and got stuck on the rail tracks.

The woman still tried to save the toddlers but couldn’t do anything as the cargo train hit them.

The Dutch railway (NS) authority has stopped all traffic between the two cities after the unfortunate accident, stating: “We have no further details and are being kept informed by the police. It is a terrible accident.”

State Secretary for Infrastructure Ms. Stientje van Veldhoven confirmed the news on social media and stated: “from the bottom of my heart, a lot of strength to all those affected.”