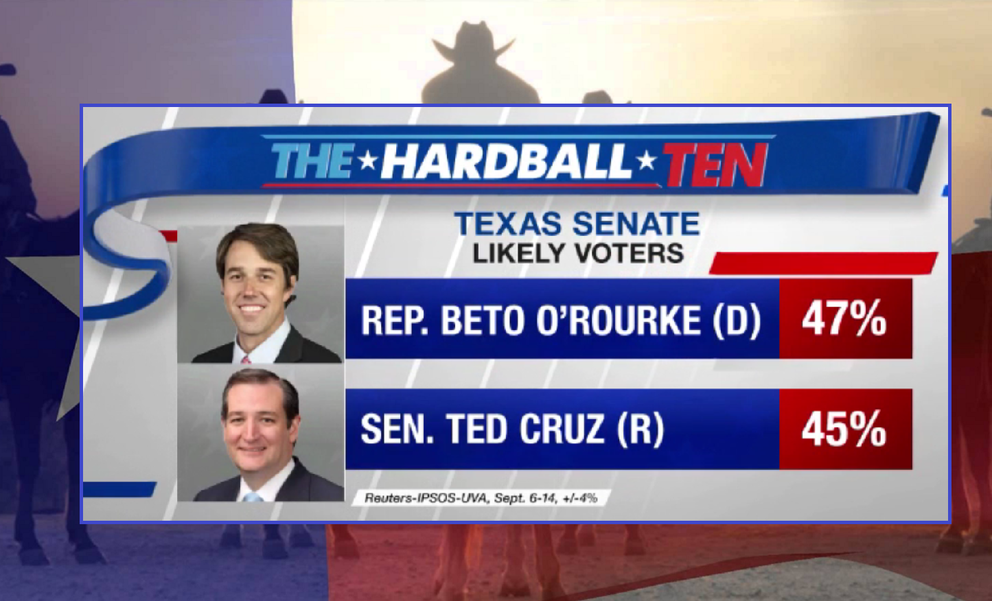 The European press has today discovered that during the US’s upcoming midterms, some races matter more than others. Because of the way the numbers add up, the Texas senate race could prove to be an earthquake, and if Republican voters stay as complacent and certain about a win for Cruz as they are now, it could very well end up being one.

The UK’s Financial Times along with the German Die Welt both did articles on the Texas Senate race today between current Republican Senator Mr. Ted Cruz and his Democrat Contender Mr. Beto O’Rourke.

The appeal for the established European press to try and introduce the Democratic contender to their readers would be to help where-ever they can to get a return to normalcy, aka, a control of the US economy back to the Democrats (and the globalists).

By now, everyone has understood that the charismatic Mr. O’Rourke really has a shot.

The articles feature interviews with O’Rourke supporters explaining why they like him so much. One man standing outside the Good Street Baptist Church, Mr. Johnny Deas, explained the appeal best when he stated: “He’s like a white Obama. He has a certain charisma, swag if you will, but you don’t get the sense that it is plastic or fake.”

Although many in heartland Texas remain convinced that all talk of a blue wave coming is just that, ‘talk’, the signs on the wall are mounting and a victory in the Lone Star state, which has sent Republican Senators for the past 30 years, would be a serious political upset able to raise the odds of the party winning the upper chamber of Congress, in addition to what many Democrats hope will be a win in the House of Representatives.

Another concern for Republican voters is the Trump-Cruz rivalry that was clearly shown during the 2016 Presidential race. At that moment, current US President Mr. Trump really brought out the nastiness of Mr. Cruz’s character at certain points, a trait many haven’t forgotten yet. Compared to ‘Lyin’ Ted Cruz as Mr. Trump called him in 2016, Mr. O’Rourke looks a lot nicer indeed.

Even Mr. Mick Mulvaney, the White House budget director, is warning the Republican party that they could still lose the Texas race, saying, “How likable is a candidate? That still counts.”

However, at the end of the day, it would appear that Governor Gregg Abbot, who’s almost certain to get re-elected, will probably win it for Mr. Cruz.

As Mr. Cal Jillson, a Southern Methodist University politics professor explains, some 60 percent of Texans vote on a “straight ticket” in order to save time in the voting booth (the straight ticket lets you pick all the candidates from a party with one selection)

“What is happening in Texas is ‘Man Bites Dog’. A Democrat has poked his head up and no one has whacked him yet.”

Europe went Socialist years ago. Their media paved the way for the liberalization of ours.

The EU Open Borders crowd would love to get a Open Border support in a Border State like Texas.

Also I have family in Texas. They say based on local voters and LOCAL poling data the EU and US Democrat-Socialist paid for polls are fake news.

BTW: Next time you hear a Liberal cry "Fascist" remind them that the term NAZI is short for National Socialist Party Member.

While they point fingers at others and call others Nazi's and Fascists. They are the ones openly and repeatedly seen conducting acts of violence and terrorism. In short they demonstrate they are the ones acting just like Nazi Brown Shirts. eg. ANTI-FA

ask them both about agenda 21 = un eu internet plan + very recent changes which will effect anywhere computerized products are..

They stood their polls firm on election night 2016. How did that work out for “liberals”? Does anyone see a red tsunami coming? Maybe after we have a “RED OCTOBER” first….eh?