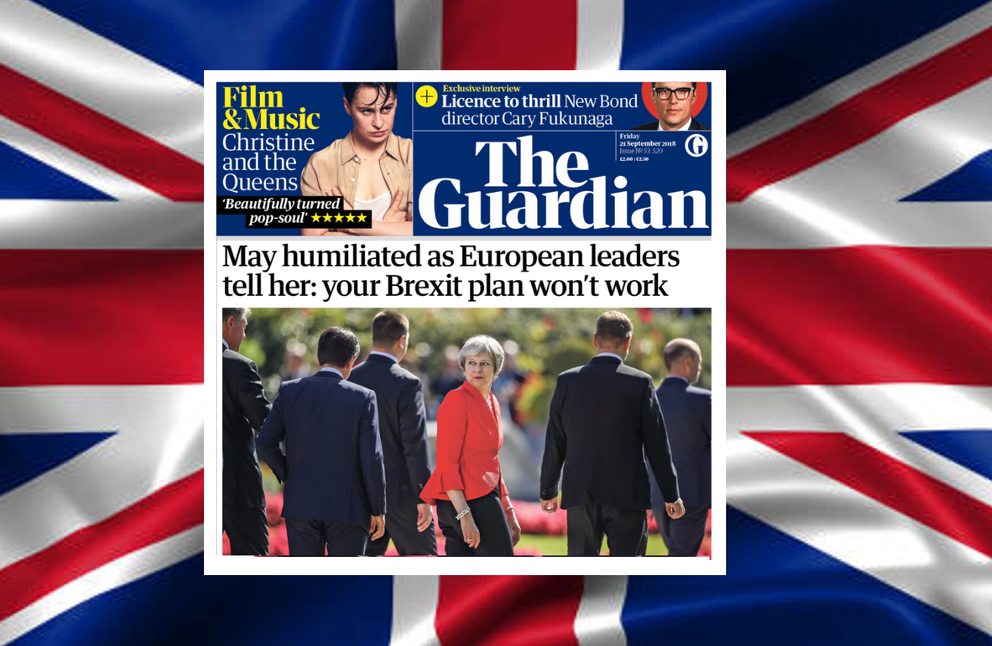 The rejection by the EU of PM Theresa May’s ‘Chequers’ Brexit proposal means that the Tory party now has only a few weeks left to come up with an alternative. Criticism is mounting from all sides on Ms. May and the call for her to step aside will only grow louder as she decided to hang on for dear life to her doomed plan even though all those around her warned it would ultimately lead to failure.

A vocal critic of Ms. May, former White House Chief Strategist Mr. Steve Bannon, claims that now the choice is easy and Mr. Boris Johnson, the UK’s former Foreign Secretary of State, should be allowed to step up to the plate and become the country’s new PM who handles Brexit with the EU.

During a radio interview in England, Mr. Bannon stated: “I have talked to Boris Johnson and I am very impressed by him.”

He went on to defend Mr. Johnson's controversial suicide vest remarks of a few weeks earlier saying: “I thought it was smart - he way the messaged that was quite powerful. It was the type of phrase that cuts through.”

However, Mr. Bannon senses that the former Foreign Secretary’s moment could have already passed as he is now only one of a handful of favorites to lead the UK. An internal memo leaked to the press yesterday showed that the governing conservative party indeed intends to replace Ms. May by March 2019 latest.

Mr. Bannon stated that: “I was vocal to Boris about the fact that he had a 'Churchillian moment' – maybe his Commons speech could have rallied the troops. My advice would have been to seize moments like that, You have to make decisions in the heat of the moment – and that was a moment. One thing I learned in the Trump campaign is that there are inflection points you only understand later on.”

<blockquote class="twitter-tweet" data-lang="en"><p lang="en" dir="ltr">Theresa May&#39;s &quot;perfidious Albion&quot; strategy hasn&#39;t quite worked, has it. &quot;Chequers is dead&quot;, apparently, means Chequers is dead. Make way for a Labour government that can turn our economy around, deliver a Brexit that does minimal economic harm, and stop wasting Europe&#39;s time!</p>&mdash; Paul Mason (@paulmasonnews) <a href="https://twitter.com/paulmasonnews/status/1042771048113037315?ref_src=twsrc%5Etfw">September 20, 2018</a></blockquote>

Yesterday evening, French President Emmanuel Macron stuck the knife even deeper in PM May’s back when he stated that British Brexiteers had been lying about how easy it would be to negotiate an exit from the EU: “Those who explain that we can easily live without Europe, that everything is going to be alright, and that it’s going to bring a lot of money home are liars,”

“It’s even more true since they left the day after so as not to have to deal with it.”

Now we must tell the EU to fuck off,we are out and paying nothing ,its sinking faster then the fucking Titanic,let the Liberal Socialist whore leaders prop up this giant shit hole on their own ,by the way Russia is drooling at these defenceless bastards and cant believe its luck at their fucking Liberal nancy boy stupidity