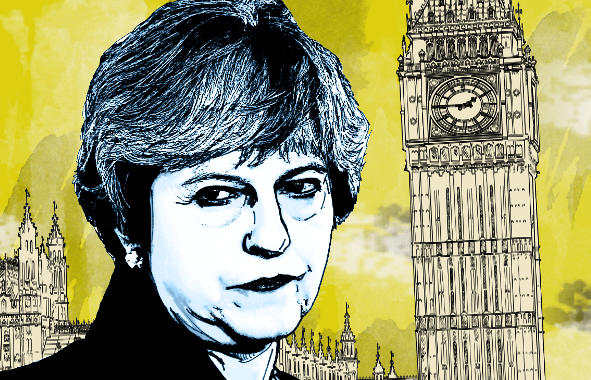 Traders pulled their resources away from the British pound which suffered its biggest one-day loss in 15 months as UK Prime Minister Theresa May gave a speech demanding ‘respect’ from her EU counterparts after they had told her the Brexit ‘Chequers’ proposal she put before them was ‘unworkable.’

Though many had forecasted the UK Prime Minister would throw in the towel after a diplomatic humiliation in Salzburg, Austria and an ever-growing rebellious faction within her own Tory party, Ms. May refuses to stand down and yesterday warned that ‘no deal would be better than a bad deal.’

Ms. May stated: "Throughout this process, I have treated the EU with nothing but respect. The UK expects the same, a good relationship at the end of this process depends on it.

"At this late stage in the negotiations, it is not acceptable to simply reject the other side's proposals without a detailed explanation and counter proposals."

The UK Prime Minister, who knows that a new election is in the works if she doesn’t deliver a workable agreement with the EU, said "no-one wants a good deal more than me", adding: "But the EU should be clear: I will not overturn the result of the referendum. Nor will I break up my country."

With this last point, she referred to the Ireland-Northern Ireland border solution for Brexit, one of the main sticking points left.

Meanwhile back home the resentment against Ms. May’s government is growing, with polls showing the Tory party losing ever more percentages in the polls.

Mr. George Saravelos of Deutsche Bank explained that European investors were also getting worried about the uncertain outcome, stating: “Even if a last-minute deal is struck, attention will also turn to the parliamentary vote.”

“Recent EU noises on the prospects of a second referendum raise the risk May fails to achieve a majority for a deal which will then require another round of political volatility in the UK. In sum, things will need to get worse before they get better.”

Ms. May needs to get her deal with the EU, which she currently does not have, passed via a majority in parliament, which she risks not getting, before the deadline. Brexit needs to be negotiated in the next six months or the UK risks losing a ‘no-deal’ scenario which would certainly in the first few weeks be very risky for its economy, its currency and the value of its real estate.

Mr. Stephen Gallo, the forex strategist at Bank of Montreal, said that North American investors are now of the belief that a no-deal Brexit is becoming a possibility, saying: “You have to look at the language she portrayed. To me, it’s definitely shifted the course of her premiership. You’d have to be worried about a cliff-edge or no-deal scenario.”

What do you think will happen? Brexit with No Deal or a new referendum? Let us know in the comments section hereunder. 100% Free Speech, 100% Anonymous.

I think Ms. May is lying her face off. I think she's desperate to overturn Brexit. But I'd love to be wrong.