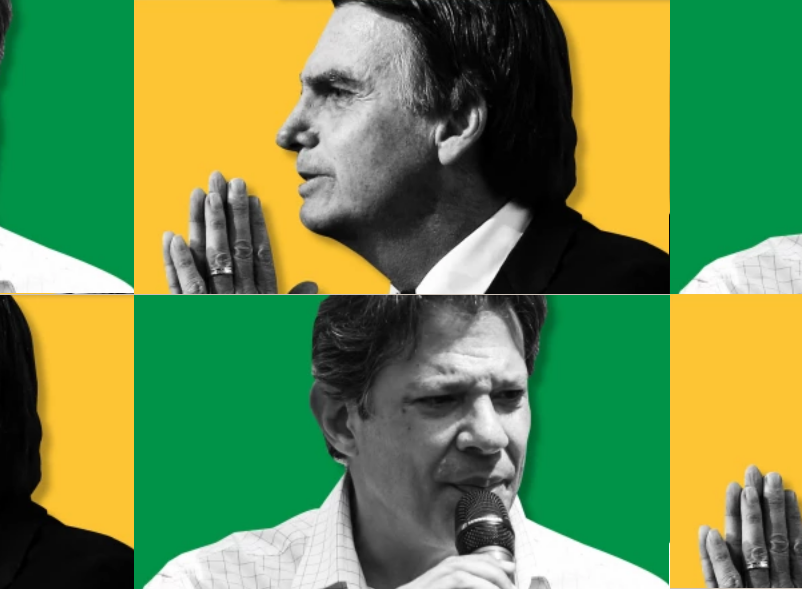 Brazil Election - Pollsters Expect Bolsonaro Versus Haddad After First Round

If opinion polls are to be believed, then ‘the dice have been cast’ (as Julius Caesar famously said when he crossed the Rubicon) for the first round of the Brazilian presidential election on 7 October.

At 28 and 22 percent respectively, no one seems to come even close to the top two candidates in South America’s largest election: right-winger Mr Jair Bolsonaro and left-winger Mr Fernando Haddad.

Leading contender Mr Jair Bolsonaro started climbing higher in the polls right after being stabbed at a campaign rally earlier this month.

<blockquote class="twitter-tweet" data-lang="en"><p lang="en" dir="ltr">Former president Lula, jailed on corruption charges and the preferred candidate of a third of the Brazilian electorate, can still trigger a massive migration of his faithful to Haddad - <a href="https://twitter.com/brazil_works?ref_src=twsrc%5Etfw">@brazil_works</a> analyses the candidates in the Brazil elections <a href="https://t.co/s2deZ0pErs">https://t.co/s2deZ0pErs</a></p>&mdash; LACC at LSE (@LSE_LACC) <a href="https://twitter.com/LSE_LACC/status/1044908944504885248?ref_src=twsrc%5Etfw">September 26, 2018</a></blockquote>

Thanks to his support on social media, the frontrunner heading into the first round of Brazil’s presidential election on October 7 has been wielding his trademark finger guns in photos and memes posted all over. As his rivals were barred from speaking badly against a man recovering in hospital, the sympathy for him took over from the hate against him.

In a video his sons recorded on Twitter last week, Mr Bolsonaro stated: “I never felt better in my life,” before ending his social media broadcast with a cry recalling Che Guevara’s “until victory!” shout from the Cuban revolution.

Over at the other end of the political spectrum, leftist candidate Mr Fernando Haddad, his party’s (the Workers Party or PT) replacement candidate for the popular, imprisoned former president Luiz Inácio Lula da Silva, has surged in recent polls. The tagline reading ‘Haddad is Lula’ worked very well for the older population of hardcore PT voters who remember having seen their economic situations improve under Lula during his presidency in the early 2000s.

However, for international markets the “nightmare scenario” of far-left against far-right in a second round is coming true. If so, it would condemn Brazil to another four years of gruesome political infighting as it is now almost certain that after the second round on 28 October, one half of the population will remain deeply upset about a missed opportunity.

As from now, it will come down to building alliances.

The 147 million Brazilian voters who are disenchanted with Brazil’s political status quo of the past decade will wait and see who of the remaining candidates (Mr Ciro Gomes of the Democratic Labour party (PDT), Mr Geraldo Alckmin of the Brazilian Social Democracy party (PSDB) and Ms Marina Silva of the Sustainability party (Rede)) will pledge allegiance to after their run will undoubtedly stop after the first round.

Ironically by trying to stab him his would be assasin assured he's going to win. Hope he doesn't bring back military rule, thousands were disappeared.

For the majority of the Brazilian people the period of the military regime was the one of greatest prosperity in the country. The military prevented the Communist terrorists who killed many people from taking power. As Chaves did with Venezuela, financed by drug trafficking and money stolen from Brazil by communist Lula and by Cuban influence by the Forum of Sao Paulo. The 60,000 murders that occur in Brazil mean that the plan of the left is working, as if it were a plan.