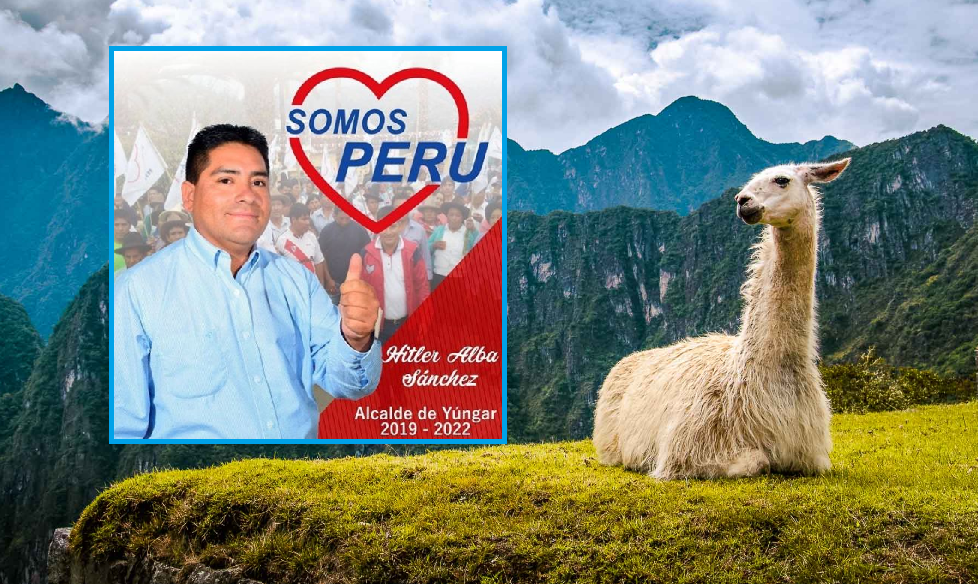 Whereas in France, exotic first names are being frowned upon as of late by leading author Mr. Eric Zemmour (see our related coverage), over in Peru naming your child after someone foreign and exotic-sounding is a common practice.

It is, therefore, no wonder that in the town of Yungar, where local mayoral elections are held in October, a man known as ‘Hitler’ is running against his opponent known as ‘Lenin.’

Related coverage: <a href="http://thegoldwater.com/news/37928-France-Shock-As-TV-Debate-Claims-There-Is-An-Africanisation-Of-France-Ongoing-Video"> France - Shock As TV Debate Claims “There Is An ‘Africanisation’ Of France Ongoing” (Video)</a>.

Whereas these two European historical figures never set foot in the Andes town, the odd standoff between candidates bearing the names of Nazi dictator Adolf Hitler and Russian revolutionary Vladimir Lenin has sure captured audiences wide and far.

Running with his campaign slogan "Vuelve el Mejor" (the best returns) and ‘I am the good Hitler’, Mr. Hitler Alba is vowing to provide good governance and transparency to the town of Yungar, where he is seeking a mayoral term from 2019 till 2022.

Mr. Alba told local broadcaster RPP: "I've always done good and the people know me. I am the good Hitler."

The man, who had previously been mayor of Yungar, Peru, from 2011 to 2014, is standing as the candidate for the "We Are Peru" party.

According to him, his political rivals have chosen to set him up against a man known as Lenin Vladimir Rodriguez Valverde, a resident of a neighboring district, simply because the combination of the two names, Hitler versus Lenin, would create an interesting story.

Mr. Alba held on explaining the controversy: "we have always done good. People know us. And now we are coming up against this political avatar between Hitler and Lenin."

I think 'The Onion' needs to consider a new business model.

Reality has become a parody of itself. ;)