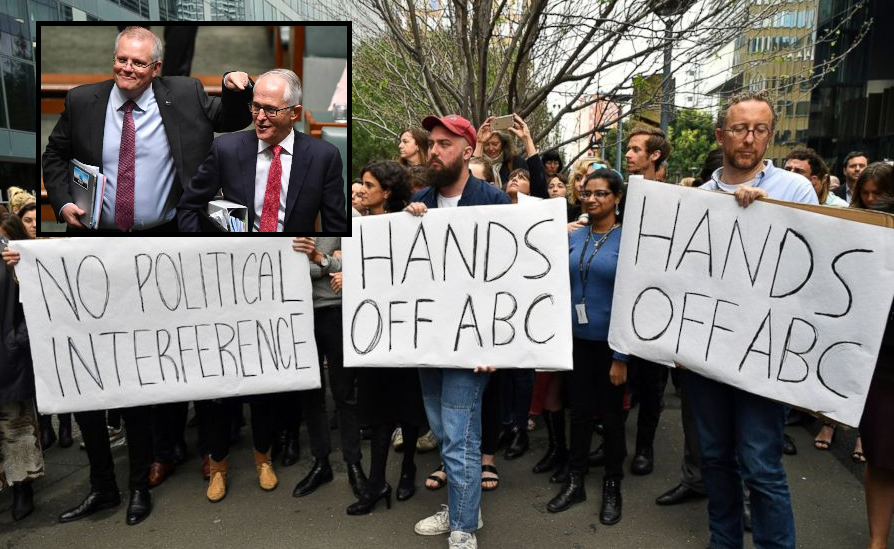 New Australian Prime Minister Mr. Scott Morrison has got a first press scandal on his hands. Whereas his predecessor Mr. Turnbull had to deal with the aftermath of Sky News being abolished from public transport over a Blair Cottrell interview (see our related coverage), for Mr. Morrison it is ABC News and his government’s claimed ‘journalist hit list’.

The Australian press says it has proof that former PM Mr. Malcolm Turnbull had asked ABC chairman Mr. Justin Milne (who has by now resigned) to get rid of senior journalists which were critical of his government’s plans.

During an angry exchange with Ms. Guthrie, Mr. Milne reportedly told her "you have to shoot" Probyn, saying the then prime minister "hates him".

On May 8, a day after PM Turnbull complained to the ABC's news director about an Alberici report on government spending, he emailed: "They (the government) hate her. Get rid of her. We need to save the ABC, not Emma."

It is well known that Mr Milne and Mr Turnbull are friends and former business associates.

However, current Prime Minister Mr Scott Morrison, who took over from Mr Turnbull after a no-confidence vote, backed his political colleague, stating: "The idea the government has some list and telling the ABC who should work there is complete rubbish."

He furthermore claimed that the ABC "isn't perfect" and when they get things they wrong they need to be "called out".

A little later, the PM tweeted: “ABC Board and Chairman have made the right call. Time for the ABC to resume normal transmission, both independently and without bias. That is what Australia’s taxpayers pay for and deserve.”

They are more effective with journalist hit lists in mexico.