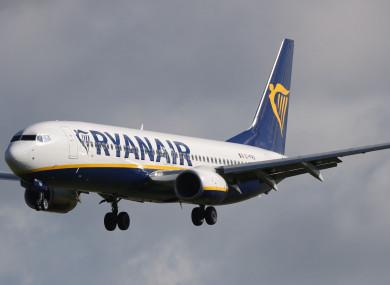 A passenger who was already late for his flight ran out of the terminal towards the plane, and perhaps in sheer desperation to still make it, shouted at the pilot “to wait for him.”

Patrick Kehoe’s offenses just piled up one after the other as he banged on the terminal window asking the ground crew to hold the plane before he made a dash for the runway.

The 23-year-old Irish man made it to as far as to the aircraft before police came to arrest him.

The plane was departing from Amsterdam and passengers already onboard and settled in their seats witnessed Kehoe’s frantic attempts to still make it to the plane, albeit violating SOPs.

The police quickly arrived and a scuffle ensued as they tried to contain Kehoe. The passenger was pinned to the tarmac.

Kehoe was brought to Dublin’s district court on Thursday morning.

Kehoe has been charged with criminal damage to a door lock. He was allowed to post bail.

The flight took off 21 minutes behind original schedule but still managed to land on time in Amsterdam.

In a statement, an airport spokesperson described Kehoe as agitated.

For its part, Ryanair said: “Police at Dublin Airport detained an individual who breached security at the boarding gate, which had already closed. This is now a matter for local police.”