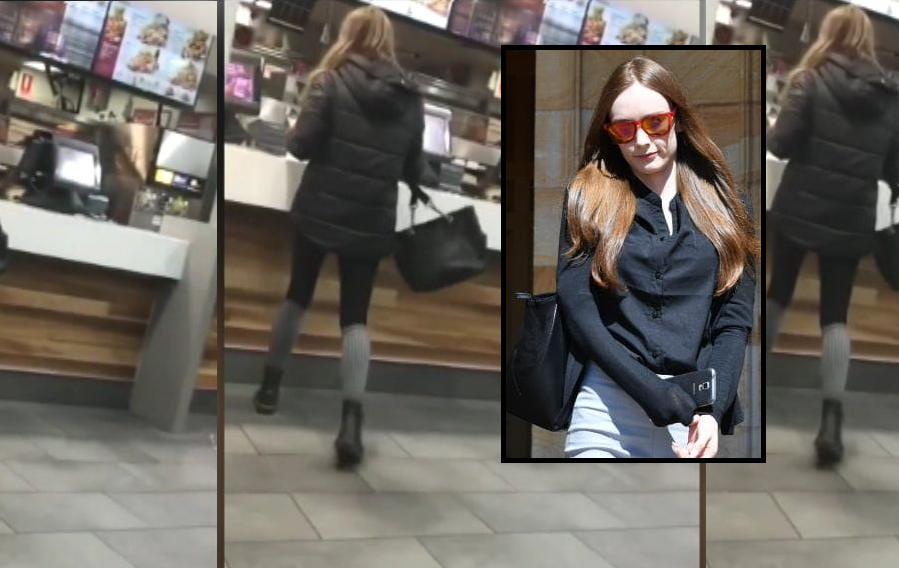 Her meltdown at a popular fast food restaurant led to the lowest, most miserable point in her life, but the woman who was once at the center of a viral video has turned her life around to be a better person.

21-year-old Jarrah Isis Rose Ladner was caught on video as she unleashed a drunken, violent tirade against a Hindley St KFC staff in Adelaide, Australia in May this year. The video was uploaded and quickly went viral, resulting in a fervent backlash against Ladner where she was mocked, bullied and even threatened by social media users who were “appalled” by her unruly behavior at the said fast food restaurant.

Ladner’s shocking outburst was triggered when she tried to pay for her order but failed to do so due to too much intoxication. Ladner was recorded on video getting really mad, yelling at staff and even turning violent by throwing objects at the staff, including three EFTPOS machines and a 24-can slab of soft drink cans.

Responding police officers tried to restrain the then wild lady from Magill, but Ladner merely continued swearing and even attempted to break free from the cops’ hold. She also showed no respect for the men in uniform as she spat at a police officer’s face and also slipped free from her handcuffs and tried to escape.

The uploaded and shared video of Ladner’s huge meltdown was viewed by tens of thousands of people online.

Ladner’s lawyer, Michael Woods, said the backlash from social media users was so strong and violent it made his client suffer from “significant embarrassment.”

Woods said the tables were turned on Ladner from being the aggressor in her KFC meltdown due to intoxication to becoming the victim of vicious attacks online. Ladner had to shut down her Facebook account because Woods said: “she was abused by trolls and members of the public.”

Woods elaborated: “In some respects that is a punishment in itself, being in the public eye and feeling the wrath of people, often unfiltered on these computer communications.”

The lawyer described the experience as an “eye-opener” for Ladner. But it also proved to be a blessing in disguise. Woods shared that the abuse Ladner suffered for her “atrocious behavior” became the catalyst for change since it inspired her to address her alcohol and mental health issues.

Ladner struggled with a difficult upbringing and became addicted to alcohol, at times even drinking three bottles of wine a day.

Woods also said that his client has taken measures to make amends for her outburst starting with issuing a full apology to KFC and the police. Ladner also took to social media anew and vowed on her Facebook page that “it was time for me to get my life in check” and “make a change and go back to the gentle girl that was once me.”

The court appears to be sympathetic to Ladner, and supportive of her desire to change and turn a new leaf. Magistrate Brett Dixon suspended a prison term of two months and 24 days on condition that Ladner would comply with an 18-month good behavior bond.

<blockquote class="twitter-tweet" data-lang="en"><p lang="en" dir="ltr">Jarrah Ladner- who was filmed unleashing a violent outburst at a KFC outlet on Hindley St- has been handed a 2 month suspended sentence. The court hearing the 21yo has learnt her lesson &amp; is trying to turn her life around <a href="https://twitter.com/9NewsAdel?ref_src=twsrc%5Etfw">@9NewsAdel</a> <a href="https://t.co/m6KQZZu6Yb">pic.twitter.com/m6KQZZu6Yb</a></p>&mdash; Georgia Westgarth (@G_Westgarth) <a href="https://twitter.com/G_Westgarth/status/1045163175157497856?ref_src=twsrc%5Etfw">September 27, 2018</a></blockquote>

Dixon reiterated the wrong Ladner has done especially to the KFC employees and everyone who had the displeasure of witnessing her meltdown but added: “I must not lose sight of what you have done since the incident to affect your own rehabilitation.”

The court also heard that KFC was seeking more than $5,000 in damages, but no formal order for compensation was made.

While bullying is never okay, it is inspiring to know that any person like Ladner can turn a setback into an opportunity to self-awareness and self-improvement.

Typo in the title. KCF?