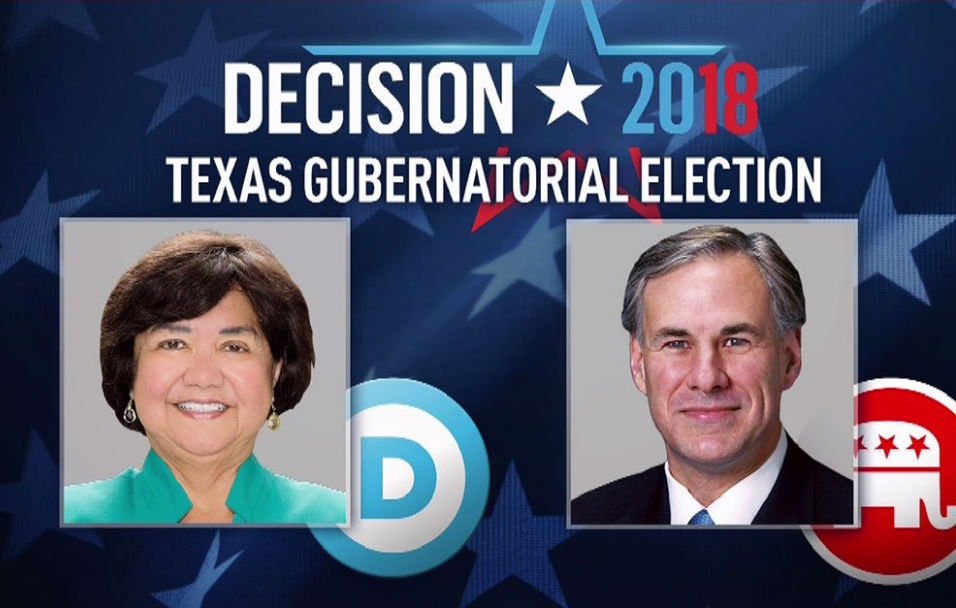 The only Texas Gubernatorial debate was held while the Senate sparred over the Supreme Court nomination of Mr Brett Kavanaugh.

Over in Texas, Ms Lupe Valdez attacked Governor Abbott while he mostly ignored her and focused on his first term in office.

Mr Abbott, a Republican, is heavily favoured to win another term. His campaign has raised some $5.5 million over the past three months whilst his Democratic contender Ms Valdez brought in less than $700,000 over the first six months of 2018.

Ms Valdez is a former Dallas County sheriff. She is the state’s first Latina and openly gay person to run for Texas governor.

The topics covered were, amongst others school safety, Mr Abbott’s response to Hurricane Harvey, medical marijuana and, of course, border control.

Mr Abbott stated he is in favour of teacher or other school staff being armed to prevent school shootings but that it is up to the institutions themselves to decide to do so. He talked about a roundtable discussion he hosted after the Santa Fe shooting where those recommendations came up.

Ms Valdez stated she does not support arming teachers. "Teachers should be teaching, not being armed and being the defense. We continue to fortify our schools, but we won't pay for education."

Ms Valdez criticized Governor Abbott for not making more funds available for recovery after the hurricane had passed.

Mr Abbott responded that he travelled to storm-damaged areas in the state a half-dozen times "to hug and to help."

Here again, Ms Valdez criticized the Republican governor for spending $800 million on border security in 2018 and 2019.

"We have some of the safest cities along the border…yet we take $800 million and put troops on the border. We militarize the area … If we're talking about a crisis then we should take the money and put it into a genuine crisis," Ms Valdez claimed.

Mr Abbott replied that border security is one of the key priorities for his administration and that the federal government is paying for the National Guard troops which were sent to assist as the state’s border.

"I want to go after the human traffickers, the sex traffickers and gangs such as MS-13,” he stated.

Ms Valdez explained how she would like to expand the usage of medical marijuana in Texas and wants to organize a referendum to allow it.

"I'm in favor of expanding medical marijuana. The people need to decide whether that's going to be in Texas or not."

Governor Abbott claimed in response that he would consider expanding medical marijuana after speaking with veterans but still had his reservations as he had seen abuses of medical marijuana laws in other states "that raise concerns, so I'm still not convinced yet."

Lupe Valdez is an open borders lesbian. Texas won't put her in the governor's mansion.

No, Texans won't vote for her. But ever since Trump got elected our state has been getting flooded with Commiefornians, Jew Yorkers, and Coloradians. (((They))) are attempting to turn Texas purple. Watch closely for vote rigging.