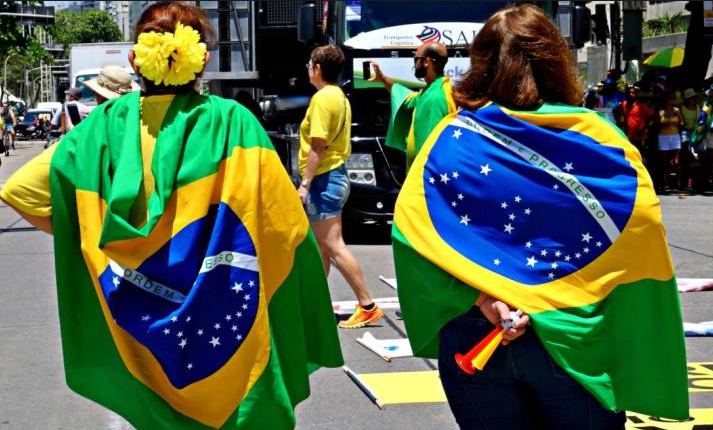 In Brazil, every major candidate points to their own election polls and all show their supporters that they are winning. That is the name of the game and it’s how it has been played in South America for a long time. There is also one poll everyone trusts, namely the Datafolha one which has been predicting South American elections for decades on end.

Yesterday, as the latest Datafolha dataset was released, the announcement led to a surge in stock markets. The benchmark Bovespa stock index jumped almost 4 percent as it was shown for the very first time that a rightwing candidate, which investors prefer, would win.

Whereas most pollsters now agree that rightwing evangelical firebrand Mr. Jair Bolsonaro (pictured right) will win the first round this Sunday 7 October, it was still unclear how the second round on 28 October would play out (as that one depends on where the voters of the candidates who lost would go).

However, Datafolha now says that Mr. Jair Bolsonaro could defeat his leftist rival Mr. Fernando Haddad (pictured left, of the ruling PT Workers Party) in a run-off vote as well.

The FPA explained its decision to not back the Workers Party as a rejection of leaders "linked to corruption schemes and a deepening of the Brazilian economic crisis."

In the first-round survey by Datafolha, Mr. Bolsonaro obtained a 32 percent voter approval, four points higher than the most recent Datafolha poll published a week ago. Workers Party candidate Haddad dropped one point and trailed Bolsonary with 21 percent.

Until recently, Mr. Bolsonaro had been set to lose the second round, but yesterday’s poll showed that he can now also win that and become Brazil’s next president.

On 28 October, if the choice were between Mr. Bolsonaro and Mr. Haddad, the evangelical candidate would take 44 percent and Mr. Haddad 42 percent. In other words, the policies of the right would for the first time ever trounce those of the left.