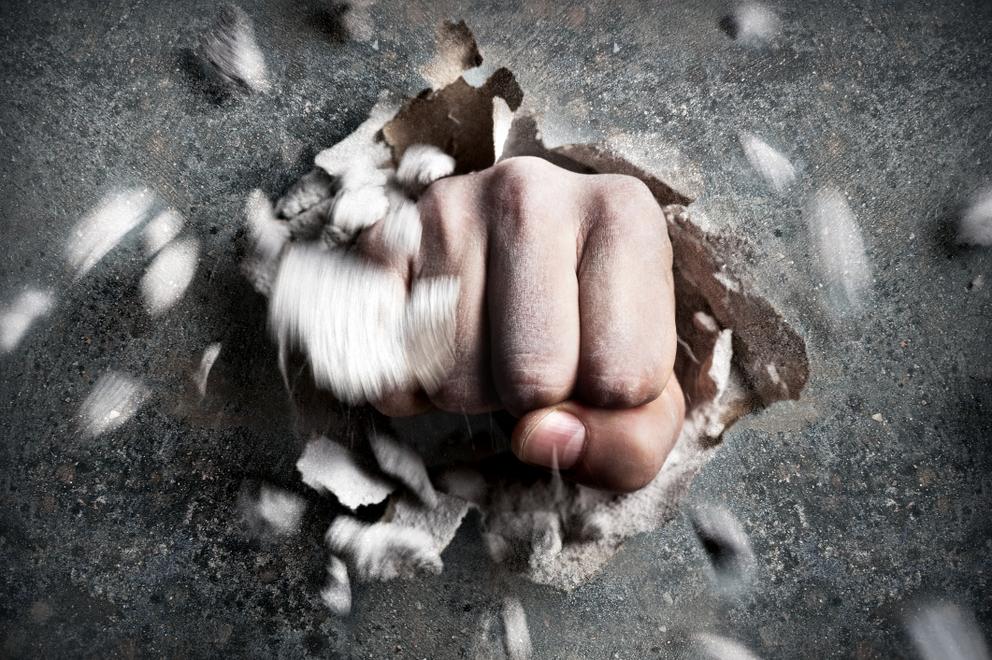 An MMA fighter got into a fight with another traveler at Hartsfield-Jackson International Airport on Tuesday. He was arrested after the melee.

Police responded to an incident at a ticketing counter in the airport around 7 pm.

The victim, Ivan Williams, told the officers that a man punched, kicked and choked him. Witnesses spoke said the man aggressively approached other travelers before setting his ire on the victim and attacking him.

The suspect was identified as Charles Haywood.

Williams claims that Haywood became so wild and violent that it took a priest and two ladies to get the MMA fighter away from him.

Haywood may have been upset because he was denied a flight. That could have triggered his unruly but unjustifiable behavior. A Spirit Airlines representative told officers during the investigation that Haywood was indeed denied service because he was on their ‘no-fly list’ and that he did not provide identification.

An argument between Haywood and the airline representatives ensued, and the MMA fighter turned his rage on other passengers before singling out Williams. It is not clear if Haywood has a prior unruly experience with the airline that would warrant him being on their ‘no-fly list.’

A cellphone video shows a Haywood asking Williams, “Who wants some?”

Police stated Haywood refused to cooperate with their investigation and threatened officers while they conducted the initial probe. It took several police units to get Haywood into custody, and one officer sustained a hand injury during the incident.

Haywood is charged with battery and obstruction.

His wife told the police that Haywood is a professional UFC fighter, and said he was just stressed out about an upcoming fight.

Jail records show he bonded out of the Clayton County Jail on Wednesday.

Flying Spirit Airlines makes me want to beat people up too.

put the asshole in jail.

"the hybrid", mixed race mma fighter. had to laugh because he looks so much like the 56% meme.