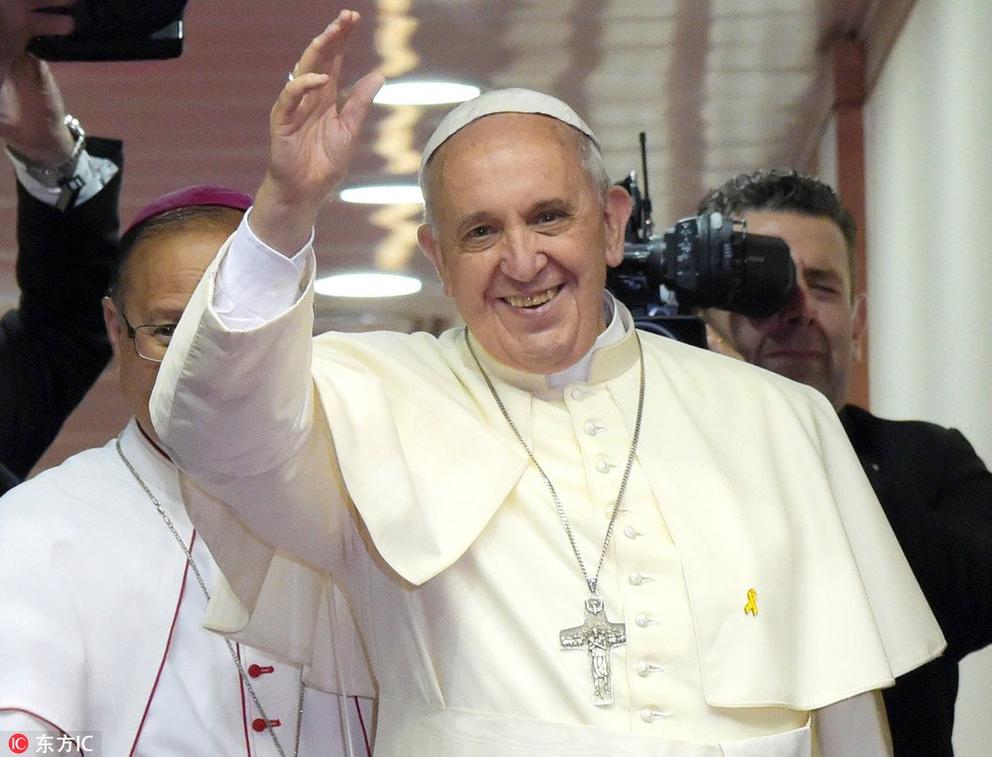 North Korea is an atheist country yet that does not seem to stop its leader Kim Jong Un from wanting Pope Francis to grace his country with an official visit. North Korea’s neighbor and erstwhile rival, South Korea, would be more than willing to push this “dream visit” of the Pope to the once isolated nation.

Kim, once widely regarded as a rogue leader, has been more open to diplomacy, even initiating efforts of late. Some observers say it all started with his much-anticipated and highly-covered historic summit with President Donald Trump in Singapore earlier this year. Other say Kim’s new keen interest in diplomacy is his means to leverage his nuclear weapons program in exchange of an easing of international economic sanctions against North Korea.

South Korea is even willing to play intermediary to make the papal visit to the North possible. Moon is traveling to the Vatican next week and stated that he would be happy to relay’s “Kim’s desire” for a papal visit to Francis.

This was not the first time, however, that North Korea has expressed interest for the country to be graced by a papal visit. The country is known for strictly controlling the religious activities of its people also extended a similar invitation to then Pope John Paul II. The idea was floated during the 2000 inter-Korean summit but a meeting never materialized. The Vatican firmly issued a message then that a papal visit could only be possible if Catholic priests were accepted in the country.

The Vatican’s priests were expelled by North Korea a long time ago and in their place, state-appointed laymen officiate religious services.

Estimates put the number of Catholics in North Korea between 800 to 3,000, a far cry compared to the 5 million-strong Catholics in South Korea.

There is a conscious effort on the part of Kim to project himself as an international statesman departing from his previous isolated leader image, with his willingness even to engage in fancy things as sharing food, wine and laughs with South Korean officials and even appearing to be having a good time meeting and touching base with President Trump in Singapore in June.

Secretary of State Mike Pompeo visited Kim in Pyongyang on Sunday for talks of setting up a second summit with Trump amid recent tensions and doubts that Kim is not serious in fulfilling his promise to work on denuclearization.

Why would anyone want to invite the devil to their country. Fascinating!

Easy. So Kim can have someone wipe the sweat off Francis` brow.

The Bastard covers for pedophiles & much, much worse. In the name of holiness he sows misery. He can explain himself to the Almighty, the sooner the better.

Be not afraid of the truth, act upon it.