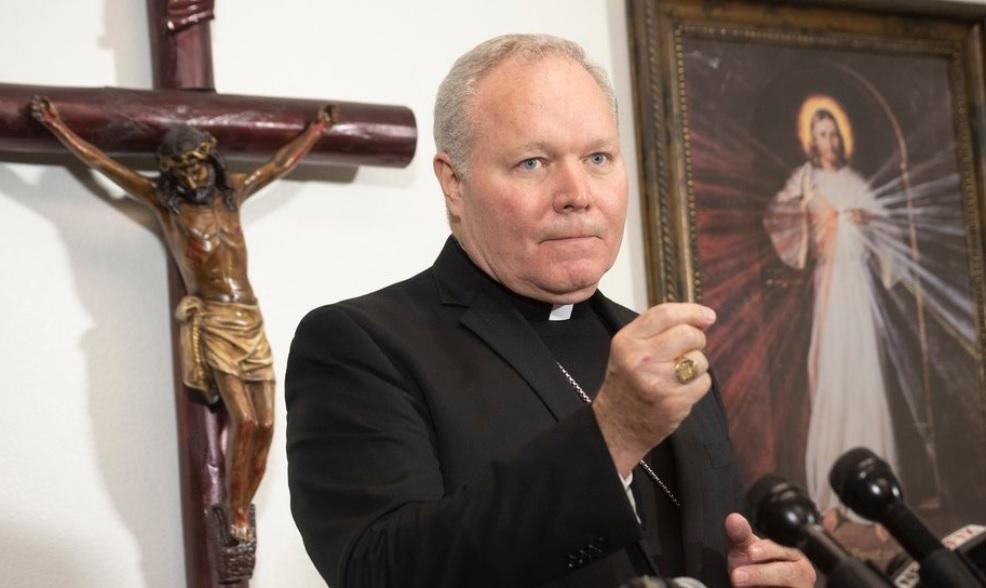 After a revelation brought about by the report that revealed widespread sexual abuse by over 300 priests in Pennsylvania, the Catholic church was struggling to put out fires and undo the image of the church as a haven for predators. Rather than putting out the fires, the disturbing revelations of sexual abuse unveiled by the Pennsylvania investigation have sparked a whole new series of fires across the country, least of which is in Texas where all 15 Catholic dioceses in the state are under investigation.

The 15 Catholic dioceses in Texas are expected to release the names of "credibly accused" clergy at the beginning of next year. The Catholic churches in the state are said to be conducting their own internal investigations to "protect children from sexual abuse" while promoting "healing and restoration of trust". What these church leaders fail to realize is releasing a list of child abusers fails to make any reparations or bring justice to any of the victims.

What the Catholic church needs is to turn over the names of those "credibly accused" sexual predators to authorities. The decision to release the names by January 31, 2019, was made by Texas bishops who we already know are notorious for covering up sexual abuse within the Catholic church and shuffling offending priests between various states and countries.

The bishops of Texas decided on September 30, 2018, to release the identities and the context of the sexual predators within the state's diocese. Bishop Edward J. Burns said in a statement, "Opening our files to outside investigators and releasing the names is something I have been considering for some time. Since I believe it is the right thing to do, the Diocese of Dallas has had outside investigators, a team made up of former FBI, state troopers and other experts in law enforcement, examining our files since February, and they still have work to do."

Bishop Burns continued, "My brother bishops and I recognize that this type of transparency and accountability is what the Catholic faithful want and need. My brother bishops and I hope this action can be a step that leads to healing for all those who have been harmed by members of the Church. I add my sincere sorrow for the pain that has been caused by victims and the Catholic faithful."

Bishop Burns went on to say the investigation constitutes a "major project" because it will include all 1,320 Catholic parishes in the state. Wednesday, Burns also revealed that his diocese has hired a team of former state and federal law enforcement officers to comb through the personnel files of 220 priests in the diocese currently. The investigation could also be expanded to encompass those who previously served the diocese and not just current members.

The investigation follows the revelation in August that a former pastor named Edmundo Paredes was accused of abusing three boys over a decade ago. Paredes is also wanted for stealing from church funds but he has not been heard from since March. Accusations were also levied against a Houston-area Catholic priest named Manuel La Rosa-Lopez who allegedly sexually molested a young boy. The probe includes help from Cardinal Daniel DiNardo of the Archdiocese of Galveston-Houston who is leading the American church's response to sexual abuse.

Michael Norris, the leader of the Houston chapter of the Survivors Network of those Abused by Priests said the Texas Attorney General's Office needs to become involved. "What I lack is trust," Norris said. "When I hear they’re hiring a team of investigators, I prefer that it be totally independent."

Those who think they may have been a victim of a Catholic church member in Texas can call the Texas Abuse Hotline at 1-800-252-5400 or visit www.txabusehotline.org and the Diocese of Dallas Victim Assistance Coordinator, Barbara Landregan, at 214-379-2812.

Time to close down the Catholic Institution

As a former sufferer of abuse at the hands of a Catholic institution I have no time for these animals.

We knew back in the 90's from court documents of this Homosexual problem with alter boys .

What do you expect is attracted to a position that requires a Male Human not have sex with Females.

The NO marriage rule was started in 304AD and made official in 1139 to keep Priests from amassing great family wealth, holdings and power over generations thus challenging the Royals and Noble authority and control.