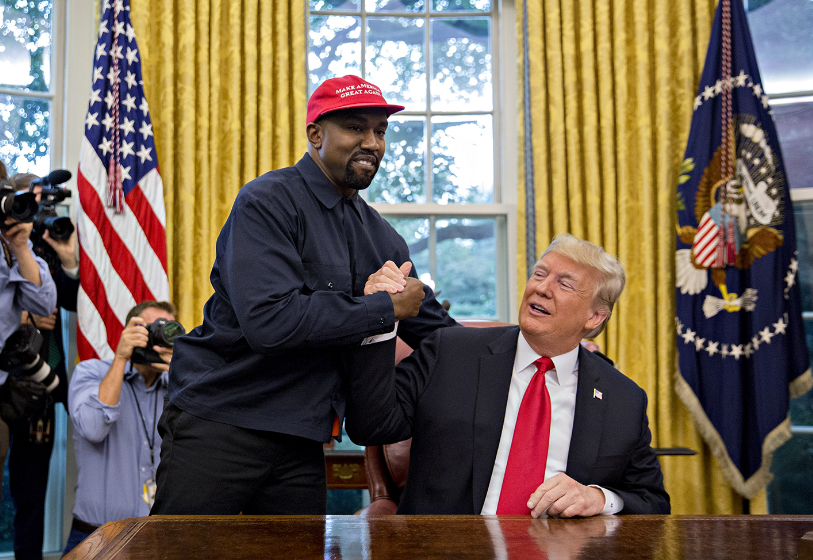 CNN’s Don Lemon: “Kanye's Mother Is Rolling Over In Her Grave" (Video)

The US media’s surprise overseeing Mr. Kanye West in the White House hugging and praising President Trump is growing by the minute as they realize this could indeed be a wake-up call for the African American community and a rallying cry for the upcoming Midterm elections.

After he was criticized two weeks ago for appearing on the live segment of Saturday Night Live wearing a MAGA hat, this time Mr. West took it one step further and praised US President Donald Trump (and what he has done for the US economy) directly from the Oval Office.

On CNN, who have been desperately critiquing the rapper for days upon end, the words directed at him were harsh. Presenter Mr. Don Lemon stated: “I have no animosity for Kanye West. I'm just going, to be honest, and I may get in a lot of trouble for it. I actually feel bad for him. What I saw was a minstrel show today.”

“Him in front of all these white people embarrassing himself and embarrassing Americans, but most African Americans because every one of them is sitting either at home or with their phones, watching this, cringing. I couldn't even watch it. I had to turn the television off because it was so hard to watch. Him sitting there, being used by the President of the United States. The President of the United States exploiting him.”

The CNN presenter referred to Kanye's Oval Office conversation that touched on topics like employment and prison reform (his wife Kim Kardashian-West has successfully pleaded with POTUS to get two prisoners released) as Mr. West praised Trump's presidency as 'a hero's journey'.

However, Mr. West’s speech disturbed Mr. Lemon so much that he claimed his own mother would be ashamed of his White House appearance: “If anyone around him cares about him…they need to grab him, snatch him up and get Kanye together because Kanye needs help. This has nothing to do with being liberal or a conservative. This has to do with honesty. And we have to stop pretending, sitting here on these CNN panels or whatever network panels, and pretending like this is normal and let's have this conversation about Kanye West.”

“This was an embarrassment. Kanye's mother is rolling over in her grave.”