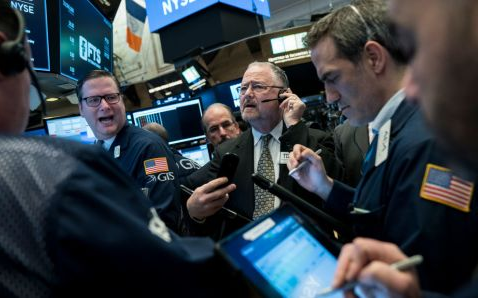 Is Fed To Blame For Stock Market Breakdown Weeks Before Midterms? (Video)

Even if you are no fan of current US President Donald Trump, you can certainly find the timing of the sudden stock market falls (which some have called a necessary ten percent correction) conspicuous as they occur just a few weeks before Midterm elections.

Back in the 1990s, officials in the administration of former Republican President George HW Bush put intense pressure on the Federal Reserve director Mr. Alan Greenspan to loosen policy, which he refused to do.

The president subsequently argued the Federal Reserve was partly responsible for his defeat to Democrat Bill Clinton in the 1992 presidential election.

The Fed has always been pulled by White House administrations ever since. A decade ago, Mr. Ben Bernanke came under heavy criticism from both sides during the financial crisis.

This time around, Mr. Trump criticized his own appointed chairman of the Federal Reserve, Mr. Jay Powell as being “ crazy ” and “loco”, suggesting misguided rate rises are puncturing equity values, and repeated his criticism on yesterday’s airing of CBS’s ‘60 Minutes’.

When asked whether the recent stock market falls had anything to do with the ongoing trade war with China, POTUS stated: “That’s wrong. The reason is interest rates have gone up because our Federal Reserve is raising rates too fast because they think our economy is too good. And I say, I don’t want you to every time we announce a good quarter you have to raise interest rates.”

Analysts seem to agree that if the Wall Street sell-off were to resume in the weeks to come, it could indeed dampen enthusiasm in parts of the Republican electorate.

Mr. Patrick Murray, director of the Monmouth University Polling Institute, confirmed that the stock market’s performance was probably relevant to some of the more prosperous, suburban east coast districts that are midterm battlegrounds: “Marginal impacts can swing quite a few districts right now, because of how many are so close.”

I made this very comment last week… considering many of OBAMA's people are still at the FED given his goals and Liberal Agenda.

We need to have every Federal Employee and Appointee to swear to up hold the US Constitution and NOT apply Political Revenge in National matters.

FDIC is political arm of dem party. They kept rates at near 0 during Hussain presidency to keep economy from imploding. They have raised rates 7 times in last 2 years in an attempt to derail the Trump economy.

I think someone set the algorithims that control 80 % of stock trades to sell to make Trump look bad before mid-terms.

I agree that the interest rates need to be raised, but they should have been raising them in smaller increments from an earlier date to help limit the current stock bubble. The overvaluation in stocks will always trigger a hard retraction because there is no lower level support. This is because the lofty levels we see today are just based on overzealous speculation in value stocks rather than growth… just look at the P/E to see this.