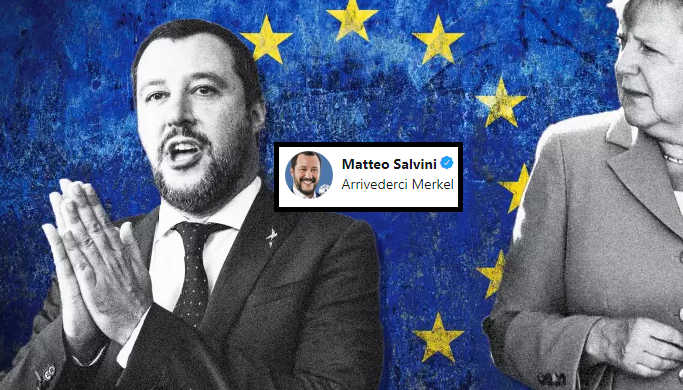 Italy’s Deputy PM and the country’s de facto leader, Mr Matteo Salvini, was proud to present his latest piece of legislation online earlier this week in the form of a new immigration policy for the country.

He continues his standoff with the EU as he implements ever harsher rules for being able to enter and stay in Italy.

Mr Salvini stated: “The party is over. We will have something by the end of October that will put an end to this 35 euros for each of these ‘guests,’ that are refugees in very few cases.”

“We will also clamp down on the Italian scoundrels who profit from mass immigration and on the lawyers, very few, but they discredit the entire profession, who file legal challenges, without any foundation, for thousands of immigrants, with the state footing the bill. We will crack down on this.”

Per the newly issued directive, which still has to be approved by parliament, Italy is changing its immigration model as the populists aim to end the abuses in the use of funds that previous governments had made available to towns for their projects to house and integrate migrants.

“We cannot tolerate irregularities in the use of public money, even under the excuse of spending it for migrants,” said Mr Salvini, whose party’s support has surged on the back of his tough line against illegal immigration.

His opponents claim that undoing past work on behalf of pro-migrant activists was wrong.

“We have to say with force that the action undertaken by Salvini is a vile act,” said Mr Nicola Zingaretti, president of the central Lazio region, who is bidding for leadership of the centre-left Democratic Party (PD).

Mr Salvini said there would be no turning back and accused the PD, who have ruled Italy for the past decades, of hypocrisy.