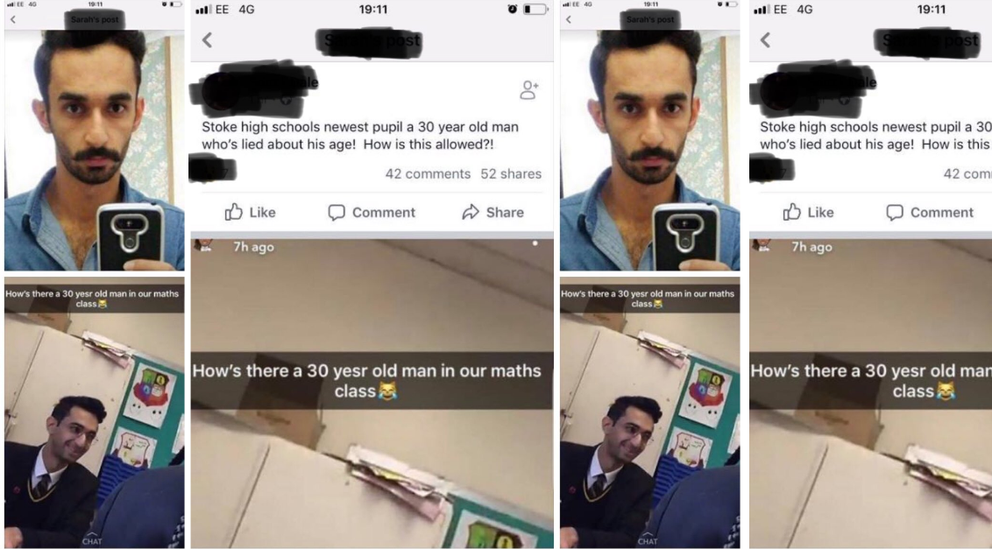 #StopTheCaravan - Guatemala Backs Down And Lets 3,000 Heading For US Pass (Video)

Timewise they will indeed need a few more weeks to reach the US border fence, as predicted (see our related coverage), the new 3,000 strong caravan of South American refugees heading for the US is bound to become a topic of discussion for the midterm elections.

The group keeps growing (yesterday we reported 1,300 only) and is close to 3,000 strong already. It consists mostly of Honduran migrants who are attempting to reach the US border overland and have since yesterday evening crossed into Guatemala (despite warnings and promises from local politicians that they would be turned away at the border).

Related coverage: <a href="http://thegoldwater.com/news/39437-StopTheCaravan-1-300-Hondurans-Headed-For-US-Border-Video">#StopTheCaravan - 1,300 Hondurans Headed For US Border (Video)</a>.

The group chanted the Honduran national anthem and shouted “Yes, we can” as a video on social media showed them passing the border between Honduras and Guatemala.

It was Conservative UK Columnist Ms Katie Hopkins who spread the video online, stating: “Incoming! The Honduras caravan of migrants is now in Guatemala after police backed down and let them through at the border. Estimate time of Arrival To America - November Midterms.”

The group is now heading towards the city of Esquipulas from where it will move to the Mexican border.

Ms Keilin Umana, a pregnant nurse traveling in the caravan said she had fled her home after receiving death threats from gang-members: “We are not criminals we are migrants.”

The Guatemalan government had just last week pledged to comply with VP Mike Pence’s demands and halt the mass migration.

In a statement, the country’s Institute of Migration condemned the migrant caravan as illegal, and vowed to stop the migrants from crossing its border: “Guatemala does not promote or endorse irregular migration in any forms, and therefore rejects movements organized for unlawful purposes which distort human rights, like migration, for their own end.”

Some 100 Guatemalan police officers indeed met the caravan at the border, but after a tense standoff of about two hours, the migrants began walking again and crossed into the country.

Local Reporters noted that many migrants are lacking passports and other documents, but seek to file asylum claims at the US-Mexican border.

The images are comparable to the great migration treks in Europe of 2015 when thousands fled to Germany and the further Scandinavian countries. At the time, identification documents were left in bins at the last country before they crossed into Western Europe, thus leaving no chance to immigration officers to check their true origins or age.

It is expected the group will be joined by Guatemalan and Mexican asylum seekers as well.

Not a single one are legally allowed to claim assukum..the laws are i place-these are nothing more than foreign invaders and should be fired upon

You have a point.

THIS IS AN INVASION. THIS IS WAR. EVERY COUNTRY THAT ALLOWS THESE TO PASS THROUGH SHOULD BE CONSIDERED COMPLICIT AND SACTIONED. GET THE TROOPS OUT ON THE BORDER AND STOP THIS SHIT. THIS IS BEYOND A FEW MEXICANS COMING IN TO WORK. THIS IS SOROS IN ACTION BY WAY OF DEEP STATE. THIS IS GLOBALIST TRYING TO DESTROY AMERICAN SOVEREINTY. THIS IS COMMUNISM. THIS IS WAR. CUT THE HEAD OFF THE DAMN SNAKE.

VOTE THESE GOD DAMNED SEDITIOUS DEMOCRAT TRAITORS OUT OF OFFICE. THEY ARE ALL PUPPETS FOR THE GLOBAL MAFIA CABAL TRYING TO DESTROY YOUR FREEDOMS. THERE AINT NO DAMN COLOR ON FREEDOM AND LIBERTY AND PERSONAL RIGHTS. BLACK WHITE BROWN ONE AND ALL, WE ARE AMERICANS. FLUSH THE BLUE AND RAISE THE RED!!! OR ELSE WE ALL BECOME ENSLAVED TO THE HORRORS OF SATAN'S AGENDA. DEATH AND DESTRUCTION AND REAL SLAVERY. THEY ARE SELLING SLAVES IN LIBYA TODAY, THANKSTO CLINTON AND OBAMA. YOU COULD BE NEXT.

the president needs to call a national emergency and troops need to be there to stop them. the border is not being protected and it needs it now and until the wall is built they be on active duty these invasion need to stopped .they should be allowed to use any method needed.if mexico let's them in their border it should a act of war. and any sjws help them including sjws lawyers should be detained and considered to be a enemy of usa held for trial by military tribunal. and any country that has helped them by letting simply through should be considered enemies and it should considered a act of war and treated as such.