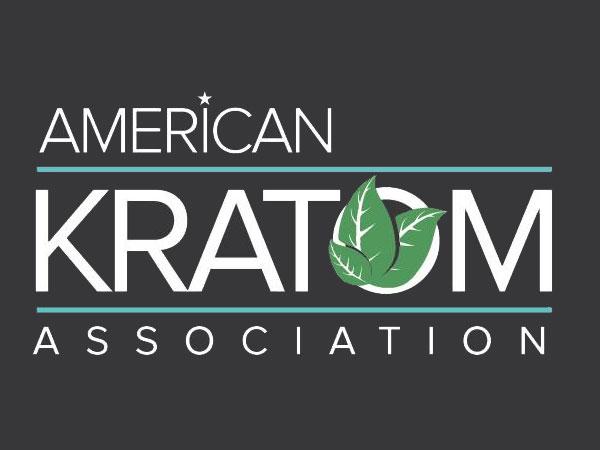 ​Friday October 19 is the American Kratom Association's Save Kratom Legislative Day. On that day, they hope to organize thousands of kratom supports from across the US to take part in Save Kratom Legislative Day by visiting the office of their US Congressperson to deliver an informational packet provided by the AKA via download to better educate legislators about the science behind kratom.

The war on kratom has been raging for over a decade now, but the full force of the kratom community has not only staved off federal legislative action and bans at the state level it has also resulted in state laws banning kratom being rolled back in the past. In addition to the kratom using community, many scientists, medical professionals and researchers have joined the fight and offered their expert professional opinion.

You can learn more by listening to the Save Kratom Legislative Day Training Call https://www.americankratom.org/kratom-legislative-day

Most states already have a state captain for legislative day and you can find the <a href="https://www.facebook.com/Americankratomassociation/posts/the-following-is-a-list-of-all-the-state-captains-for-the-aka-legislative-day-sc/1344716285664518/">complete list at Facebook.</a>

I spoke with two state captains, Chris Sedgwick and Dijon Evans about Save Kratom Legislative Day.

Some of the information that the AKA hopes to share with members of Congress is related to certain myths about kratom. Explanation of how it is used and who uses it (primarily 30 to 50 year-olds according to available data). Various reasons it may be used and health benefits related to kratom.

Debunking claims originating from the FDA that have been addressed by scientists like Dr. Jack Henningfield, former lead addiction scientist at the National Institute of Drug Abuse and informing them of studies such as the 8 factor analysis that Dr. Henningfield did and Dr. Christopher McCurdy's Hemby Study both of which point to kratom not only being safe to use as a supplement but countering the claims that kratom is dangerous or addictive even in comparison to its botanical cousin the coffee plant.

Some of the information being spread by the FDA and certain media relies on "junk science" according to scientists familiar with kratom such as Dr. Henningfield and Dr. McCurdy.

Already kratom has gained bipartisan support in the past and Dr. Jane Babin (whose white paper is included for print out in the informational packet)

In addition to this information regarding why it shouldn't be scheduled, such as the multiple studies pointing towards how versatile and promising the plant could be for various conditions. AKA and other kratom advocacy groups are arguing in favor of "sane regulation" in order to ensure people have the personal freedom to make their own choices regarding their health and well-being. For those who natural solutions are more appealing and more effective.

AKA encourages kratom consumers to share their personal stories but due to FDA regulations, advises against any specific medical claims. Using words like "aids in, alleviates, improved quality of life" rather than saying kratom "cured" anything. Orange juice contains vitamin C and despite ample evidence that vitamin C improves immune function, the moment you say "drinking orange juice can result in fewer illnesses" you've effectively made oranges a "drug" in the FDA's eyes.

Dijon shared her personal story with me,

It's shutting down my organs one by one and it will eventually kill me. It has caused me to have gangrene, pulmonary embolisms (2), 9 bouts of osteomyelitis. I have such brittle bones because of the nerve damage that I have 9 broken/compression fractured vertebrae, an artificial hip and my other hip and knee need to be replaced.

Dijon described how she was bedridden and on multiple medications for pain. Her body "feels like someone is setting a torch to my body, like I'm on fire… and that's on the good days." November of 2016 she was turned away from pain management due to not being a terminal cancer patient due to new CDC guidelines. "There was no taper, there was no warning, there was no discussion, the doors were closed to us."

Initially she tried visualization techniques, self hypnosis, biofeedback, physical therapy, anything she could to try. In December of 2017, at the end of her rope, she had two options she was considering. She had heard about kratom but was afraid it was just a scam taking advantage of people's desperation in pain.

"I still have pain, I still have bad days, I still have flare ups, but I have some quality of life now. I have hope. I have my daughter and grandaughter in my life again. We need to push this, we need anyone and everyone to go into their US Congressional representatives office and drop off the information. Please call and try and make an appointment with your reps. If you can't get an appointment drop it off anyway. We want to educate and stop the smear campaign and provide a little bit about who we are."

Chris Sedgwick had this to say: "A lot of us kratom consumers have noticed the FDA intensifying its rhetoric and they are increasingly attacking on a local and state level, so the AKA has really facilitated a way to get us further organized on that local level. We are forming community, sharing our stories and hoping that our legislators will take the time to understand our point of view, our experiences and also look at some of the recent science that has been published on kratom.

“It can be scary to go meet with your legislator, especially since most of us were not very political, but we are hoping to overcome that fear and work together to make our voices heard. Ultimately we just want the FDA to follow the science; we want sane regulation, not criminalization.”

If you're interested in volunteering, in addition to finding your state captain at the previous link you can get more information by emailing Robin Graham with the AKA at [email protected] or <a href="https://americankratom.salsalabs.org/savekratomlegislativeday/index.html?eType=EmailBlastContent&eId=53594789-64e4-449a-b916-3f2da51be88e&fbclid=IwAR16VjD7-44Ty6SMearHljYAoIEB29c81kmhwHQ1rfSlDYlRkgf2JYjZI8E">sign up directly online.</a>

EVERYONE IS FED UP WITH THESE SCUMBAGS TRYING TO BLOCK NATURAL HOMEOPATHIC ALTERNATIVES. IS THERE ANYONE OUT THEIR INVESTIGATING ALL THESE HOMEOPATHY DOCTORS BEING MURDERED. ALL OF A SUDDEN 40 OR 50 HAVE TURNED UP DEAD. WTF? IT DAMN SURE MAKES ONE SUSPICIOUS!! DO YOU KNOW BIG PHARMA TRIED TO PATENT TURMERIC? TUMERIC!! MONEYMONGERING BASTARDS!! WHERE DO PEOPLE GET OFF TRYING TO RUN EVERYONES LIVES?? WE ARE SICK OF BULLSHIT!! WE ARE SICK OF THEM!!! THEY ARE THE ONES THAT NEED TO BE REGULATED BY WE THE PEOPLE!!!