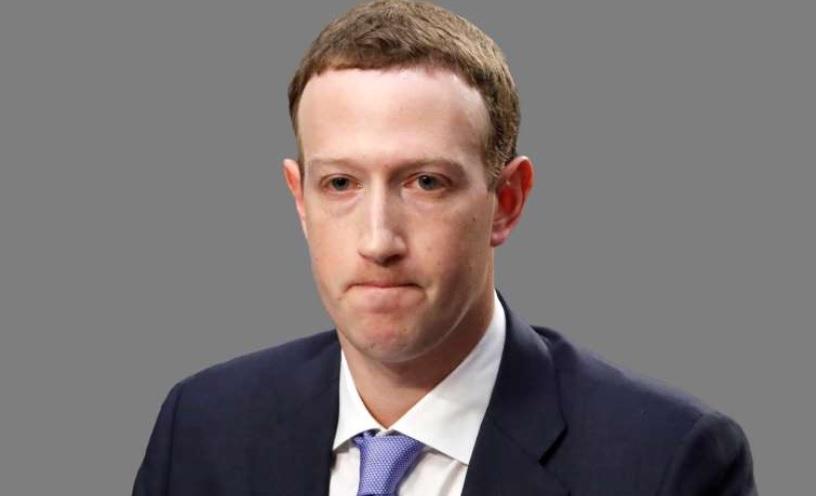 During a statement on April 16, 2016, Facebook CEO Mark Zuckerberg said, "We’re entering this new golden age of video . . . I wouldn’t be surprised if you fast-forward five years and most of the content that people see on Facebook and are sharing on a day-to-day basis is video." At the time Facebook was reaching a level of power never before seen, it had been used to aid (or hinder) the last two presidential elections and was becoming so large that it absorbed its competition.

People in the media industry looked to Zuckerberg as a canary in the coal mine and considered his word to be gold. I can now acculturate say Zuckerberg's words are gold-covered shit that cost thousands if not hundreds of thousands to lose their jobs. The revelation of Zuckerberg's falsehoods came a little over a month later when a lawsuit was filed that accused the company of fudging its video metrics since 2015.

Since then, Facebook has quietly acknowledged to knowingly misreporting key video metrics. The social media giant effectively fed the media industry a lie that if they didn't make the switch to media their websites and companies would fail as the shift to social media continued at an exponential rate. And all this was coming from the company's frontman, public spokesperson, and CEO, Mark Zuckerberg.

Now, advertisers are suing Facebook for "cooking the books" when it came to reporting video metrics and not disclosing the miscalculation when they became aware of it. Those in the working-class of the media industry are furious at the disclosure considering that the media industry over the last two or more years has been overtaken with the "pivot to video" as it is referred to by industry insiders. Well, it turns out the so-called "pivot to video" was just a lie based on phony metrics.

Media companies that had begun firing writers and staffers in favor of expensive video producers now realized they had been duped on a massive scale and Zuckerberg's words were just another company exaggerating its worth and predicting the future. Picture it like a Ponzi scheme, a small falsehood the resulted in many people's livelihood's being harmed. Traditional digital advertising revenue began flat-lining, and even while the YouTube "Ad-pocalypse" was taking place, Facebook managed to convince online media publishers that video was the next goldmine.

This is why people in these industries that are closely connected to Facebook are furious with the company. Now, media companies have begun to realize that Zuckerberg's five-year time frame for every communication to be through video was more like a selling point for a scam. Media execs overhauled budgets to accompany the video-filled vision of the future, new teams were hired, and old ones were fired who could produce consumable videos and theoretically earn them more ad revenue. Writers especially find it difficult to gain reasonable employment.

<blockquote class="twitter-tweet" data-lang="en"><p lang="en" dir="ltr">Facebook should be in jail, obviously, but let’s not forget about all the smooth-brained media execs who bought into the pivot to video when literally every person who works on the ground in media, or even just uses the internet every day, knew it was complete bullshit.</p>&mdash; Barry Petchesky (@barry) <a href="https://twitter.com/barry/status/1052553771958579201?ref_src=twsrc%5Etfw">October 17, 2018</a></blockquote>

Related coverage: <a href="https://thegoldwater.com/news/37954-Zuckerberg-s-Facebook-Sued-by-Employee-over-PTSD-from-Child-Porn">Zuckerberg’s Facebook Sued by Employee over PTSD from Child Porn</a>

<blockquote class="twitter-tweet" data-lang="en"><p lang="en" dir="ltr">If you missed it: today it was confirmed that Facebook massively &amp; knowingly inflated its video-view statistics, which had the DIRECT consequence of 90% of media orgs firing writers in favor of expensive video producers, who also got fired when it turned out video was worthless <a href="https://t.co/WqdAUBIe6L">https://t.co/WqdAUBIe6L</a></p>&mdash; Chris Conroy (@dyfl) <a href="https://twitter.com/dyfl/status/1052403439613829120?ref_src=twsrc%5Etfw">October 17, 2018</a></blockquote>

Facebook's little white-lie was based on a miscalculation which inflated metrics and Facebook knew about it long before it ever got the attention it deserved or was fixed. The lawsuit accuses Facebook of adopting a "'no PR’ strategy" when it came to the screw-up. Naturally, Facebook denies it ever knowingly reported false data. In 2015, a writer for the Awl named John Herrman saw what was coming and wrote:

<i>"Publications large and small but especially large spent the last few years in a sort of para-economy, watching their audiences and sometimes revenues explode as the result of informal partnerships with social platforms, which were happy to let these outsiders hustle to adapt all manner of writing and imagery and video to their new contexts. The self-pitying/aggrandizing explanation for the platforms’ annexation of media attention would be that the last few years represent a sort of free-booting period during which media gave Facebook no-strings content in exchange for attention, which was converted into revenue in a system of advertising Facebook was simultaneously intent on destroying.."</i>

The social media giant, too large to be competed with, indeed managed to destroy it and again, media companies are trying to regain lost ground by following Facebook's lead. Hundreds of people lost their jobs due to the simple lie told by Zuckerberg in 2016 that was rooted in a false video metric and convinced the world HIS prediction was the RIGHT one.

Thankfully, funds from the New York City Comptroller Scott Stringer and state treasurers from Illinois, Rhode Island and Pennsylvania, as well as Trillium Asset Management, announced their support to name an independent board chair. Currently, Zuckerberg is the chairman of the social network’s board of directors with very little transparency or oversight. In a release Wednesday, Stringer said in a statement that company needs to move beyond the current "mess" and to "re-establish trust".

Stringer went on to say, "Facebook plays an outsized role in our society and our economy. They have a social and financial responsibility to be transparent – that’s why we’re demanding independence and accountability in the company’s boardroom. We need Facebook’s insular boardroom to make a serious commitment to addressing real risks – reputational, regulatory, and the risk to our democracy.

All internet companies fudge their ad metrics. It's a dirty open secret.

You know, I want to know when is the general public going to be compensated for the horrors and stress and lies, spying, even death and a multitude of other abuses we have been subjected to as a nation. We the people are always the ones on the receiving end of unjust suffering, but when are we the people going to be compensated of the ills of the corrupt powers that be?? Or is that only for corporations and the like? Oh yeah they are getting sued by the advertisers. But what about the consumers? We are the lab rats that get used and abused. Sick of all the power junkies!!!

Surprised? CIA all the way. I hope Q and American laws really clean up this mess and make a bill of internet rights real soon.

Zuckerfck is a traitorous seditious PIG!!! The people's right have been raped and pillaged yet again by our government agencies that are suppose to protect us and Zuckfck helped them. The three letter angencies need to be dismantled. Including Alphebet Inc. BASTARDS!!

Zuckerfck is a traitorous seditious PIG!!! The people's right have been raped and pillaged yet again by our government agencies that are suppose to protect us and Zuckfck helped them. The three letter angencies need to be dismantled. Including Alphabet Inc. BASTARDS!!