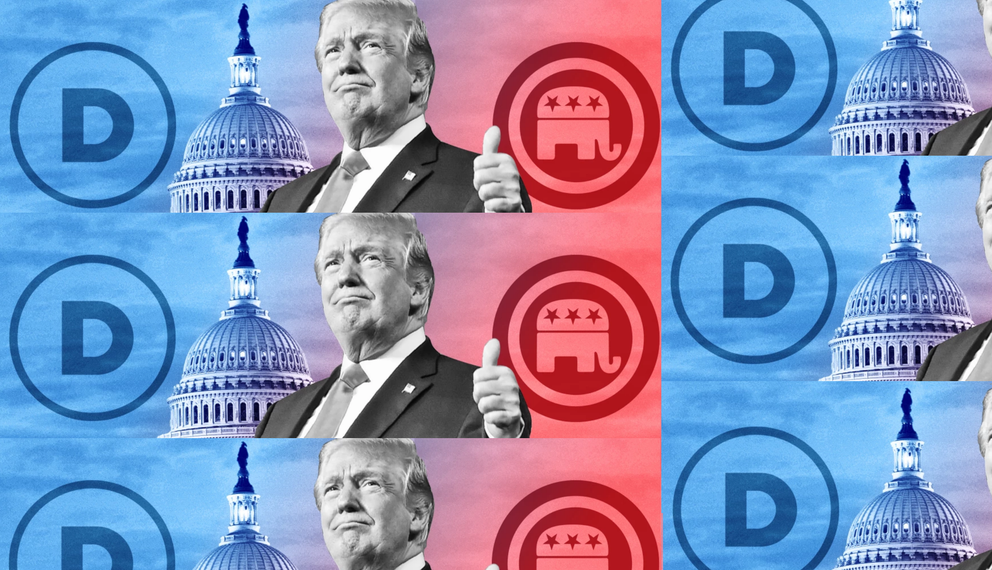 Midterms - Is It All Just A Referendum On Trump?

Because of the need to summarize the massive political operation which is the US Midterms, the European press looks it and decides that it is mostly a referendum on the first two years under President Trump. Their reasoning is such because political analysts agree that if the Democrats win back control of the House, they are likely to launch a series of investigations into the President’s tax returns and the alleged Russian interference in the 2016 election.

Furthermore, although Mr. Trump claims to be rallying for candidates each time he visits a toss-up state, most signs in the crowd are there to support him.

And most important, Democratic control of the House would enable the Democratic party to try to impeach Mr Trump, which is probably why two years after hearing about it for the first time, the report supposedly proving ties between the Trump campaign and Russia and possible obstruction of justice by the president still hasn’t been produced by Mr. Robert Mueller, the special counsel.

Should the Dems take the house, that report will be the first thing they want.

However, Republicans are betting that the buoyant economy, with unemployment now down to 3.7 percent, will come to there aid. At his rallies, President Trump highlights time and time again that there will be a Republican “red wave” because of the economy. “Historically . . . you don’t tend to do so well in the midterms, But . . . this is a different presidency and this is the greatest economy ever, so we’ll have to test that.”

Mr. Howard Dean, the Democratic presidential contender of 2004 whom many see as the spark that brought forward Mr. Bernie Sanders as a serious candidate twelve years later, admits that “it is a referendum on Trump for the most part.”

“I expect to win the House and I actually think there’s a decent chance we will win the Senate.”

On top of that, pollsters claim that Democratic women candidates will be receiving votes over the anger that still simmers beneath the surface over how Republicans handled the claims of sexual assault against Brett Kavanaugh, now a Supreme Court judge.

Related coverage: <a href="https://thegoldwater.com/news/39067-Midterms-Will-Millennials-Go-Out-And-Actually-Vote-This-Time-Video"> Midterms – Will Millennials Go Out And Actually Vote This Time? (Video)</a>

As women already comprise a majority of the electorate and, importantly, have a far greater tendency to vote than men, they are the prime suspect of the blue wave to come.

“Any issue that occurs where women feel they’ve been short-changed, they are going to step up and say ‘I want to make sure that my voice is represented’, and that is best represented through another woman.”

The last crucial factor in the November Midterm election will be whether young people (aka Millenials) go out and vote in large numbers or not. This is a gap that Democrats have been trying to address for years on end. In a recent speech, former President Barack Obama reminded those who had come out to hear him speak that only 20% of young people had voted in the 2014 midterms, stating: “Is it any wonder this Congress doesn’t reflect your values and your priorities?”

With all those uncertainties still up in the air, the race certainly isn’t run just yet.