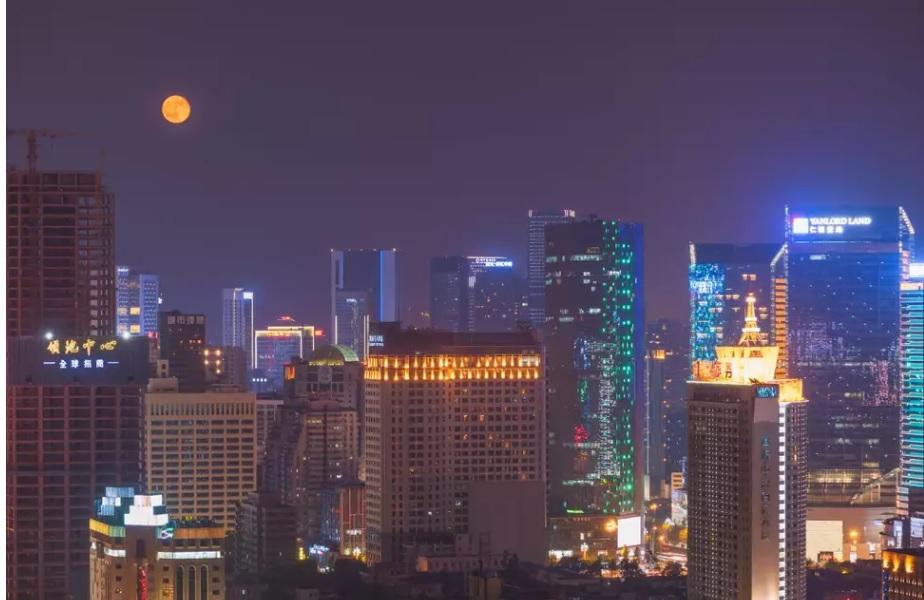 China Plans To Replace Streetlights By Launching Artificial Moon By 2020

Within two years, a Chinese city hopes to light its streets at night with an artificial moon rather than streetlights. Now, that may bring to mind pictures of a giant glowing orb mounted on a tall tower but that isn't the type of artificial moon the Chinese city of Chengdu is talking about building. The city which lies in the south west of China plans to launch a satellite in 2020 that will serve to illuminate the city below it at night.

The idea may seem like something out of a science fiction movie but they are dead serious about the plan. A report in the People's Daily said the artificial moon is "designed to complement the moon at night". The satellite would actually be about eight times brighter than the moon and emit a "dusk-like-glow". The artificial moon would be capable of lighting an area with a diameter of about 10-80 km.

<blockquote class="twitter-tweet" data-lang="en"><p lang="en" dir="ltr">Chinese scientists are planning to light up the night sky in 2020 with the launch of an illumination satellite, also known as the &quot;artificial moon,&quot; whose brightness will be 8x that of the real moon, which is bright enough to replace street lights. <a href="https://t.co/BsLZp5bNgS">pic.twitter.com/BsLZp5bNgS</a></p>&mdash; Kush Katakia (@kushkatakia) <a href="https://twitter.com/kushkatakia/status/1052098180580560898?ref_src=twsrc%5Etfw">October 16, 2018</a></blockquote>

With such a precise range, the satellite can be controlled within tens of meters making it a suitable replacement for street lights. The idea was brought about by private space contractor Chengdu Aerospace Science and Technology Microelectronics System Research Institute Co (Casc). It was first introduced at a national mass innovation and entrepreneurship event held in the city last week.

Wu Chunfeng, the chairman of Casc said that testing on the satellite had begun years ago and the technology is now evolved enough for practical use. The idea that the satellite could be launched and functioning by 2020 really is astounding. It is not clear whether the strict Chinese government has approved of the artificial moon, or even the city they plan to use it in for that matter, but it is known that Casc is the Chinese government's primary space program contractor.

According to the People's Daily report, the idea came from "a French artist, who imagined hanging a necklace made of mirrors above the Earth which could reflect sunshine through the streets of Paris all year round." The idea that the artificial moon could see itself in orbit as soon as 2020 has some skeptical but there are some aspects of this idea rooted in science.

For example, in 2013, three large computer-controlled mirrors were installed in Norway in the town of Rjukan. The purpose of the mirrors was to track the movement of the sun and reflect its rays back down to the town square. The result meant that a town once shrouded in shadows can now see some sunlight of its own. "Rjukan – or at least, a small but vital part of Rjukan – is no longer stuck where the sun doesn’t shine," the Guardian reported.

Engineers as far back as the 1990s were working on a satellite and the team of Russian astronomers and engineers behind the project even managed to successfully launch a satellite into space to deflect sunlight back to Earth. The result was a brief illumination of the night-time hemisphere.

The test was known as the Znamya experiment and was designed to "test the feasibility of illuminating points on Earth with light equivalent to that of several full moons, according to the New York Times. The experiment didn't succeed in its original goal but it did prove the design and concept was possible.

Another attempt, this one made in 1999 and dubbed Znamya 2.5 brought about concerns of light pollution disrupting nocturnal animals and prohibiting astronomers from viewing the stars. A spokesman for the technology minister in Bonn criticized Znamya 2.5 saying, "It’s a bit early for April Fool jokes but this sounds like one."

Unfortunately, Znamya 2.5 misfired on launch and was destroyed. Its creators were never able to raise the funding for another attempt. But each year as technology advances, ideas such as Znamya 2.5 become exponentially more feasible. And don't worry, the artificial moon won't have an impact on nocturnal wildlife.

Kang Weimin, director of the Institute of Optics, School of Aerospace at Harbin Institute of Technology explained: "that the light of the satellite is similar to a dusk-like glow, so it should not affect animals’ routines." Just like with all new technology, we will have to wait and find out what the real long-term consequences are.

Shine a Spotlights on objects/clouds and etc. and the reflected light illuminates the surfaces where light is needed.

According to my father (WWII/KW/Nam I & 2 vet ) , it was used very effectively to kill a lot of Chicoms and North Koreans.

someone get this pos troll TFO!