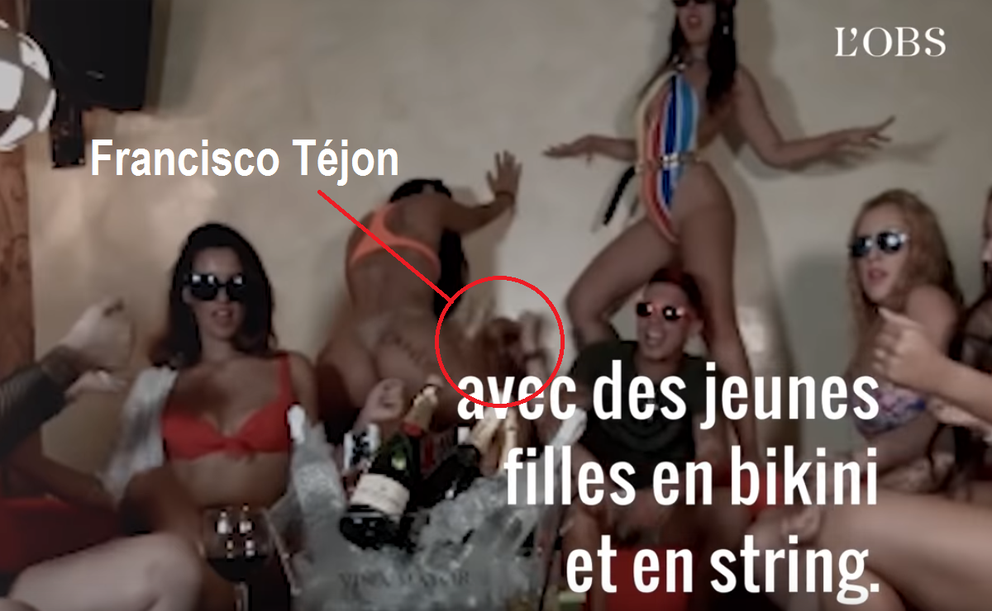 You may remember the arrest of Joaquín “El Chapo” Guzmán, which was aided because his son had the audacity to post on social media about a dinner with his father and police were able to deduct his whereabouts from this.

The fact that gangsters related to international drug-trafficking are keen on showing their Instagram followers their rich lifestyle seems to have caused the arrest of another cartel leader, this time in Spain.

There, the man known as “Isco”, short for Francisco Téjon and leader of the Spanish drug cartel Los Castanas (his gang at one point commanded as much as 80% of the local cannabis market smuggled in from Morocco, a short distance away across the Strait of Gibraltar) was arrested after appearing last week in a Reggaeton video alongside his friend, Cuban singer Clase-A who hoped to break through into the Spanish market.

Reggaeton, for those who don’t know it, is the very popular music style spreading all over South and Central America and on the Iberian peninsula (Portugal and Spain).

It consists of an electronic drumbeat and mostly male singers with a lot of auto-tune. The video clips are each time focused on the same theme: a lot of bikini or underwear-clad women dance around a group of men.

The absolute extreme of this art-form can be seen in the classic song by Fuego feat. El Potro Alvarez "Una Vaina Loca" where the two male singers (clearly aided by an incredible amount of auto-tune) are joined in every scene of the clip by ever larger amounts of women who are clearly only there to dance or show off their body parts.

And thus, Mr. Téjon, appearing alongside reggaeton singer Clase A could be seen in the clip ‘Candela’ exiting a Bentley and then entering a house filled with bikini-clad women.

The song was launched on 2 October and police searched for the house on the Andalucian coast as it appeared in the clip.

Thanks to the cameo and the different angles showing the house (which is located in Malaga), they were able to arrest several of Mr. Téjon’s operatives in the past days.

Knowing that the police would soon find him as well, he walked into a police station yesterday together with a lawyer to hand himself in.

it's amazing that in this day and age, marijuana is still highly illegal creating a huge black market. stupid is as stupid does… i'm rooting for the 'drug' dealers.

So you root for vile inhume sub-animals that kill on whims, for enjoyment & intimidation.

Perhaps sometime one such vato will repay your support.

why would anyone want to spend two seconds with a woman that he didn't have his dick inside of?

> So you root for vile inhume sub-animals that kill on whims, for enjoyment & intimidation.

those are the mexicans, these are actual spanish, they probably don't chop off heads 'cause they're not half aztec

What kind of fantasy world do you live in? One does not climb the drug cartel ladders (of any ethnicity) with out spilling quite a bit of blood.

That is says nothing of the violence & other problems the dealers & the addicts create.

???? 39696 you are out of touch. I started from a tiny one bedroom apartment and with Don's course made millions being a cartel member. And it was so simple. And I'll tell you how placing tiny classified ads can change your life forever.