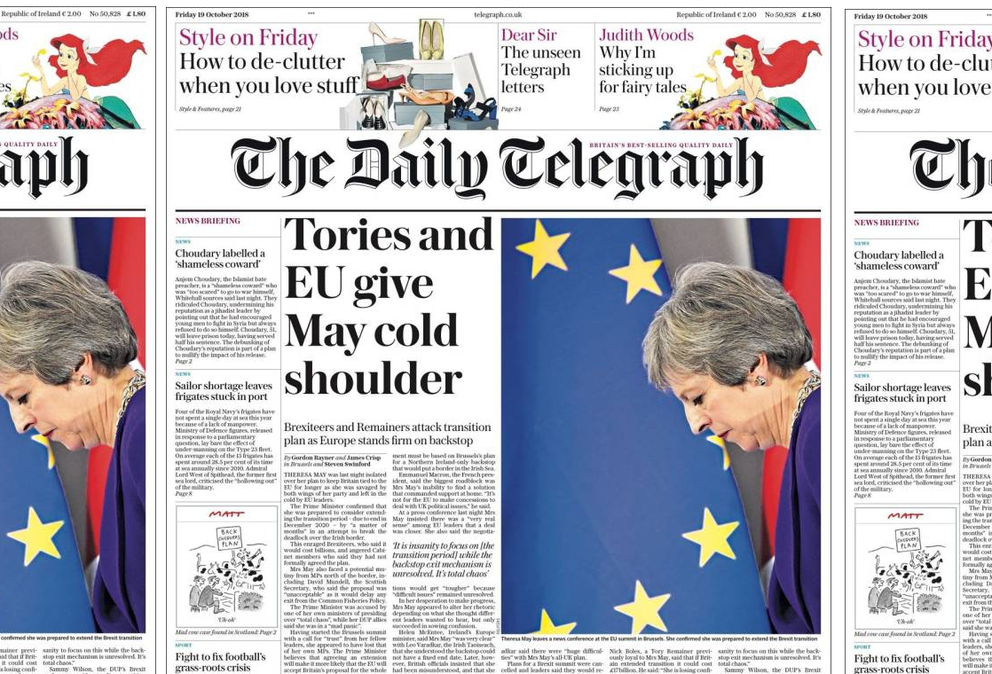 It was of course to be expected that Mr Nigel Farage, former UKIP leader and Brexiteer par excellence, would criticize UK Prime Minister Ms Theresa May as she agree to an extended transition period for Brexit, meaning the process would be delayed beyond the foreseen date of March 2019.

However, now media in the UK all say in unison that agreeing to lengthen the transition period without getting anything in return makes it seem that the EU has its 27 members far more united than the governing Tory party is.

As the criticism on PM May reaches its peak, Mr Iain Duncan Smith, former Tory party leader, also joined in. His conclusion on talks with the EU this week were that they “look more like a capitulation than a negotiation.”

<blockquote class="twitter-tweet" data-lang="en"><p lang="en" dir="ltr">“Well it’s not the language I would use, but I can understand his frustration” - former Tory leader, Iain Duncan Smith reacts to Theresa May’s government tonight being called a “shit show”<a href="https://twitter.com/hashtag/newsnight?src=hash&amp;ref_src=twsrc%5Etfw">#newsnight</a> <a href="https://t.co/fqD4Q7OHgL">pic.twitter.com/fqD4Q7OHgL</a></p>&mdash; BBC Newsnight (@BBCNewsnight) <a href="https://twitter.com/BBCNewsnight/status/1053045327358377984?ref_src=twsrc%5Etfw">October 18, 2018</a></blockquote>

Asked about Mr Farage’s statement, who said yesterday that Ms May was easily the ‘worst Prime Minister in UK history,’ Mr Duncan-Smith answered that “Well, it is not the language I would use but I can understand his frustration. I think what we saw over the last 24 hours really made people quite concerned, not just in the country but in the party.”

Meanwhile leading Tory Brexiteer Mr Jacob Rees-Mogg said that his side of the governing party would block any legislation agreeing extra payments to the EU for a longer transition, stating: “If the government is saying to us we will pay £39bn plus, for the extension, £15bn or £16bn more per annum, and we don’t have anything in return other than a waffly political declaration, I think that will be very hard to get through the House of Commons. I think it will be very hard for anyone to justify to their constituents.”