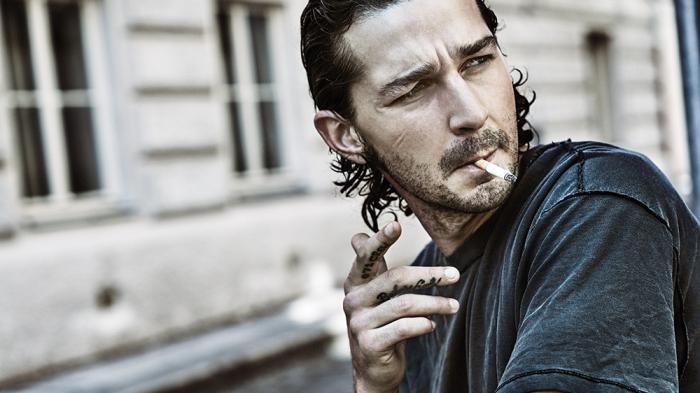 I'll say this for Shia LaBoeuf, he's at least faced up to what he is and is trying to be somewhat honest about it. Remember when LaBoeuf was caught in the midst of plagiarism (which time, I don't recall because he was caught multiple times copying) and then tried to pass it off his intellectual property theft as "artistic?" Well, that was intellectually dishonest, to say the least.

Over the past few weeks, I've seen multiple headlines featuring Shia in relation to fashion. I believe it was in June that I first heard the term "scumbro" in relation to "the Boof." I didn't bother looking it up further. Seems self-explanatory enough. Boof looks pretty scummy most of the time and is the type of person South Park had in mind when they introduced the "PC bros" in seasons 20 and 21. Nuff said.

<a href="https://www.instyle.com/news/what-is-a-scrumbro">According to In Style magazine,</a> "scumbro" style consists of "a heavy dose of Hawaiian print shirts, a touch of man jewelry strewn over tattoos he got 'just because,' and a sprinkling of hypebeast merch and streetwear logos." Later on in the same piece we are told that "scumbro is a lowkey hypebeast" and no matter how many times I've puzzled over that "sentence" I can make no sense of it and am afraid that if I attempted to search the net for definitions of the individual terms I'd come away less enlightened and educated than I was before.

From a cursory glance (about all I could stand without needing to bathe my eyeballs in bleach) what I could gather from the "scumbro" style is it looks a lot like what came out of that godawful period between the neon and pastel new wave period and the nearly-grunge 90's. In short… well, I guess godawful is about the best adjective I can muster on short shrift.

Regardless of what it means, scumbro is apparently the fashion du jour of "Hollywood sleazebags like Pete Davidson, Justin Bieber, Diplo and Shia LaBeouf." Once again, I don't know who Diplo is, but considering he's in the same company as Justin Bieber and that guy from SNL with the googly eyes (who it turns out isn't that guy from SNL's Lonely Island songs, I had to check to make sure) I'm pretty sure I'm fine staying in the dark once again.

Apparently though, "scumbro" is related to another style which Shia is also considered a major proponent of. Normcore. Yes, you heard that right. After being defeated countless times by /pol/ during the various seasons of He Will Not Divide Us it's obvious he's given up on his ostentatious anti-Trump art project and is embracing the boring, but sleazy, normie, scumbro he is.

Wow, it really feels like I'm insulting him there, but I'm actually just repeating some of the same adjectives major publications like Vogue and Variety have used in relation to Shia's sense of style.

But what does normcore <i>really</i> mean?

a style of dressing that involves the deliberate choice of unremarkable or unfashionable casual clothes.

"normcore is an especially tricky style to master because it's so, well, bland"

Urban dictionary describes normcore as a "'purposefully uncool' trend by hipsters." And that's about it. <a href="https://www.vogue.it/en/news/daily-news/2018/06/08/the-normcore-trend-vogue-italia-june-2018/">Vogue goes one step further</a> in explanation:

<blockquote>When Carrie Battan, wrote a few months ago in The New Yorker that “normcore is a personal style defined by a kind of trendy embrace of the anti-trend”, it signaled that the neologism had truly come to condition reality, nomen omen, making a fashion out of not following a fashion, indeed the latest true fashion.</blockquote>

Haute couture has always been kind of silly. I have often wondered if conceptual art and high fashion weren't just one part cruel joke on fools and equal portion money laundering scam. As is, it seems one of the latest trends in fashion is to spend an incredible amount of time looking as if you've done no such thing. Of course, that's not at all a new idea when it comes to fashion and style, but in the form of normcore it seems to have a dizzying meta quality about it.

Here's the thing though, for years my "style" has been dictated not by fashion but primarily by what was found at my local Goodwill. I've never understood handing over perfectly good money that could be spent on much more important items like books or music on something that I'm primarily wearing because it's against the law not to. So here's the rub, the "chicken or the egg" riddle of the bit so to speak: is it considered high fashion to wear crappy, boring clothes if you do it unironically out of cheapness rather than an attempt to seem disinterested in fashion?

So if not knowing/caring about fashion is stylish I guess you can just consider me as haute couture as that fashion designer that did the meatshirt for Lady Gaga, whatsisname… Steve McQueen?